All the yummy flavors of pumpkin pie plus the cinnamon-clove buttercream frosting make these pumpkin pie cupcakes the best fall treat! 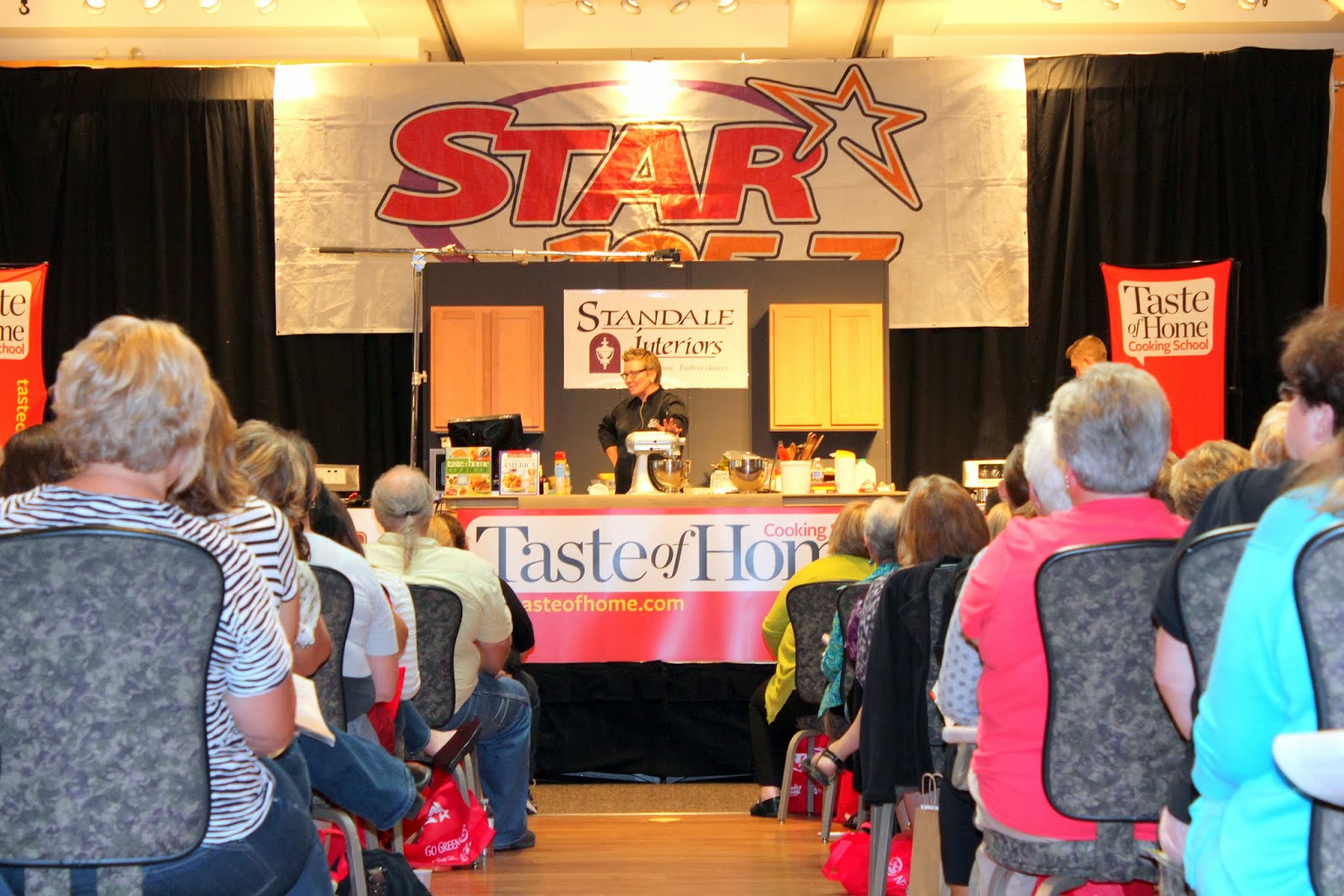 It was pretty well attended, hundreds of people were there and I hardly saw empty seats. Having never attended one before, I didn’t realize it was very popular.

I supposed it would have been really well-attended because I heard it advertised many times over on the radio several days before the event.

There were even some attendees from my own town. How do I know? Well, because quite a few of them actually won some prizes that Taste of Home was generously giving away that night.

When their names were called, their residence was mentioned as well and so I generously applauded while they received their prizes! 🙂 They gave quite a lot of prizes that night in between the food demo – from gift baskets to kitchen dishes and gadgets, lots of cookbooks, a crockpot, and even some tickets for the Josh Groban concert!

The only sad thing was that I never won anything. Hahaha. 🙂

Nonetheless, it was a wonderful night which I truly enjoyed and I highly recommend it to anyone who may be considering it. It is quite a fun night out for family and friends for sure. 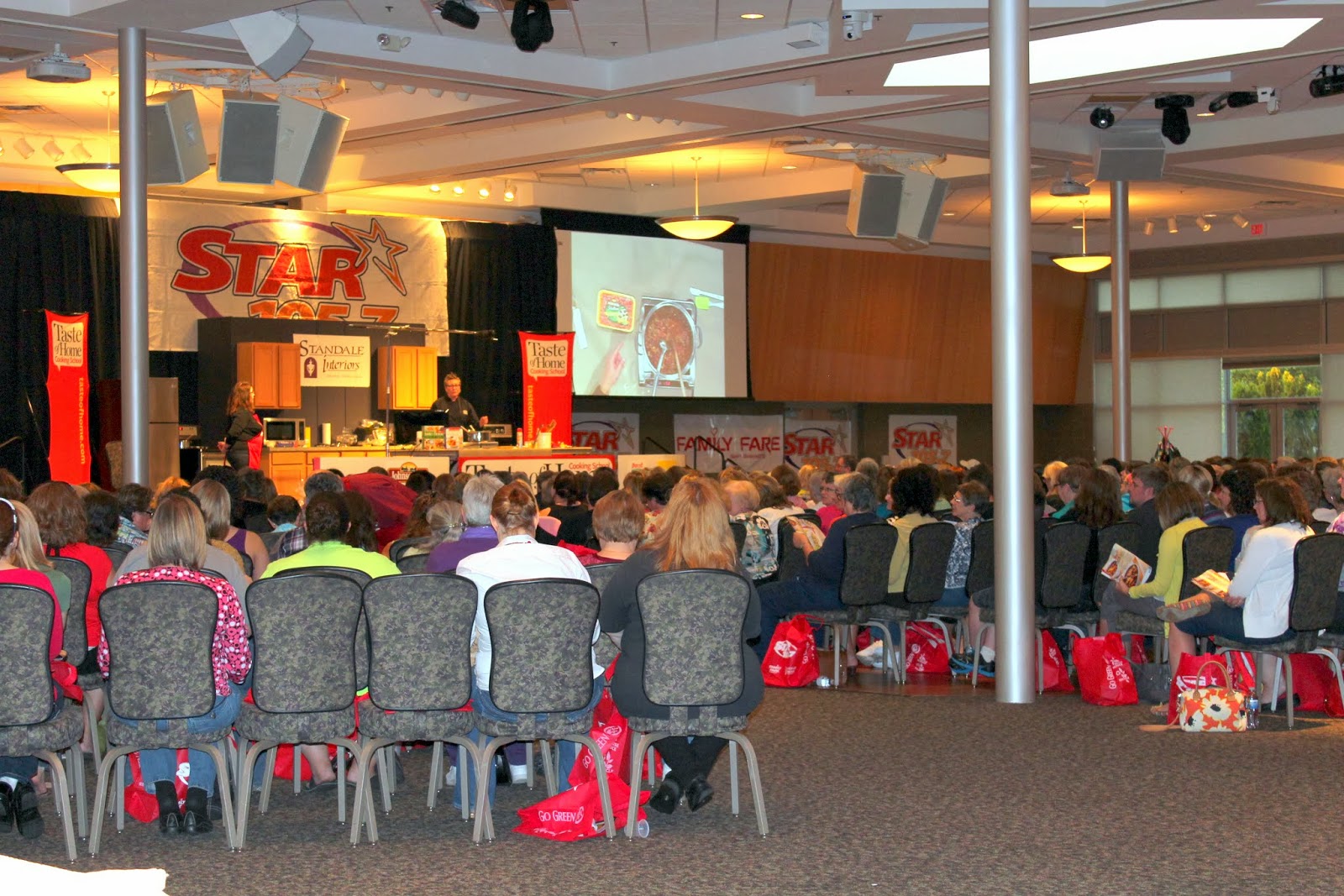 When we entered the auditorium we were given some goodie bag with a magazine full of delicious recipes from the Taste of Home Cooking Show.

I got so excited when the food demo was all based on the recipes on the magazine so we got to see how they were made.

There were about 10 delectable dishes that were featured that night and they were quite appropriate for the season as well. I love all of them but one that particularly stood out for me was this scrumptious Pumpkin Pie Cupcakes.

I have decided right after the demo that it would be on top of my must-try list! Just a day after the even, I made it. 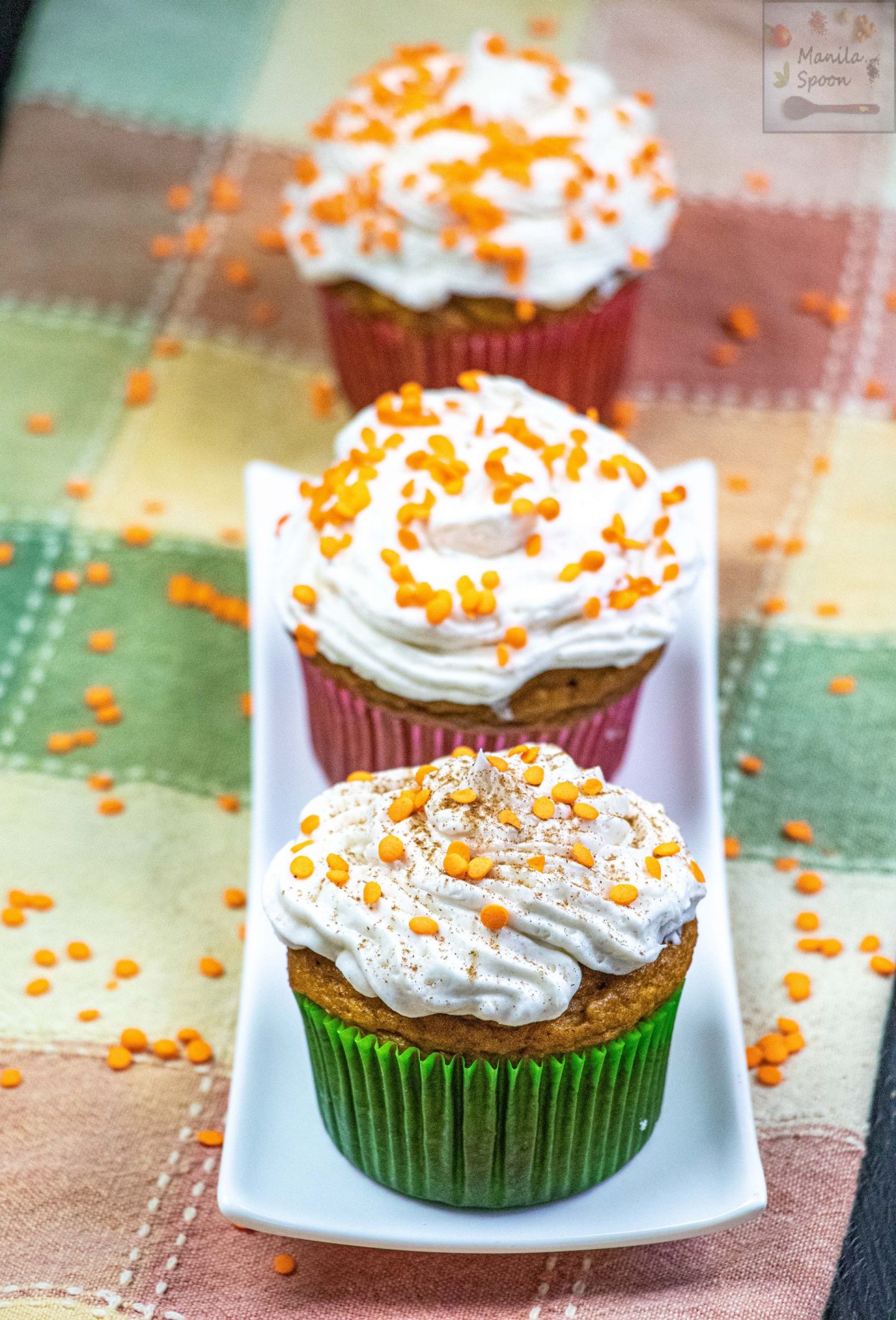 I pretty much followed the recipe to the letter with a very slight adaptation which was mainly the use of butter entirely (and not shortening) as I preferred to just use all-butter instead.

Honestly, it is a fantastic recipe and my attendance at this cooking show is all worth it just because of this! 🙂

So try this easy and truly yummy Pumpkin Pie Cupcakes recipe this Fall! Am pretty sure you’ll love it as much as I do! Don’t they look so delish? 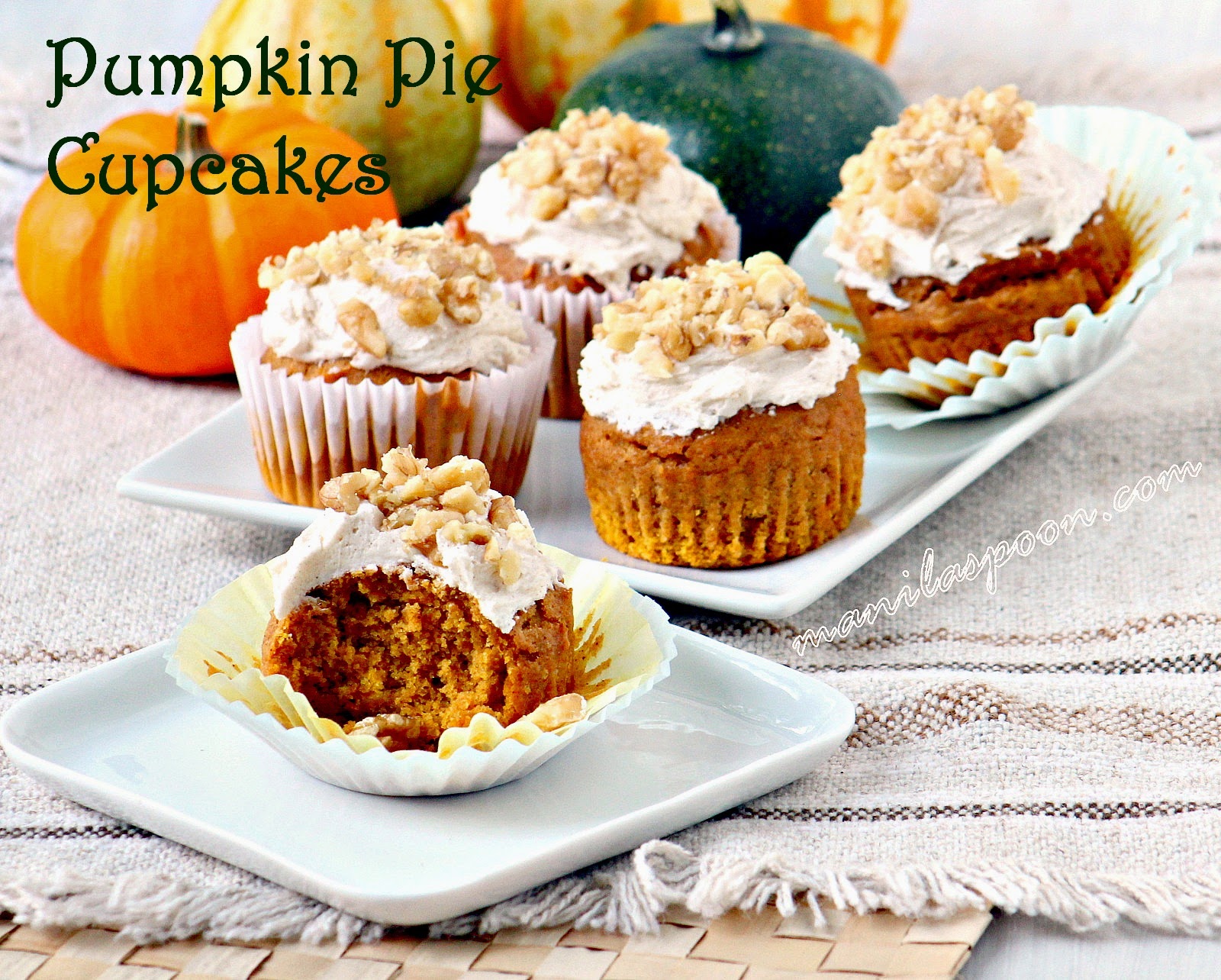 If you like what you see and would like to receive new recipe updates, we’d love you to subscribe to our posts or join our site. Needless to say, we’d love you to like us on Facebook and Instagram, too where you can get more recipes and updates. Thanks and happy browsing!

Click the above icon to print. To remove images for easy printing, simply click on each photo.

Fill lined muffin cups two-thirds full. Bake at 350F for 15-20 minutes or until a toothpick inserted near the center comes out clean. Cool for 10 minutes before removing from pans to wire racks to cool completely.

In a small bowl, beat the butter until fluffy. Add the confectioner’s sugar, cinnamon and cloves; beat until smooth. Spread over cupcakes; sprinkle with chopped walnuts or pecans.

Aren’t these cupcakes gorgeous? They truly are fabulous! Make sure you make them this fall!

This recipe with very slight adaptation is from the Taste of Home Cooking School Magazine. 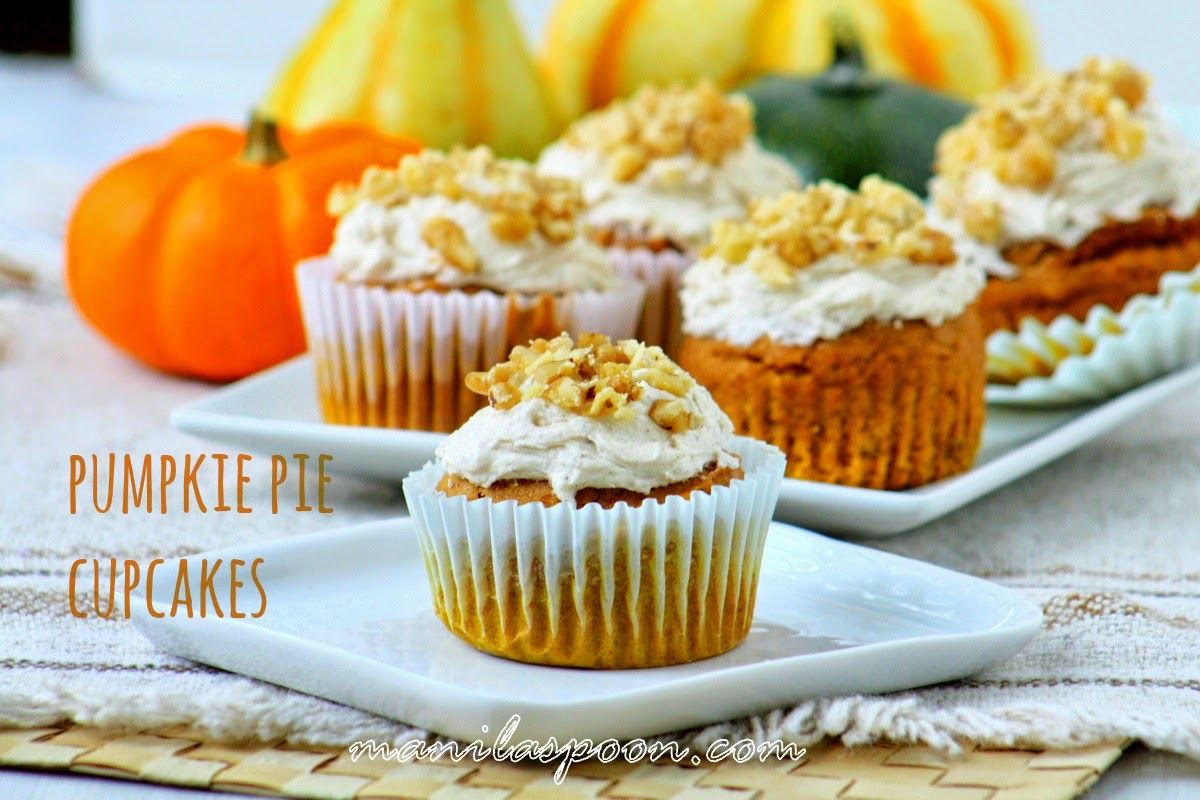