Panoramic View of the Tower of London

First, my apologies to our readers. I would not be able to post new recipes this month because of our emergency trip to the UK as my father-in-law recently passed away. Perhaps towards the end of the month I may be able to resume normal recipe posting but for now I will focus a little more on travel features as we have been doing a bit of traveling visiting some relatives and friends while we are here in England. 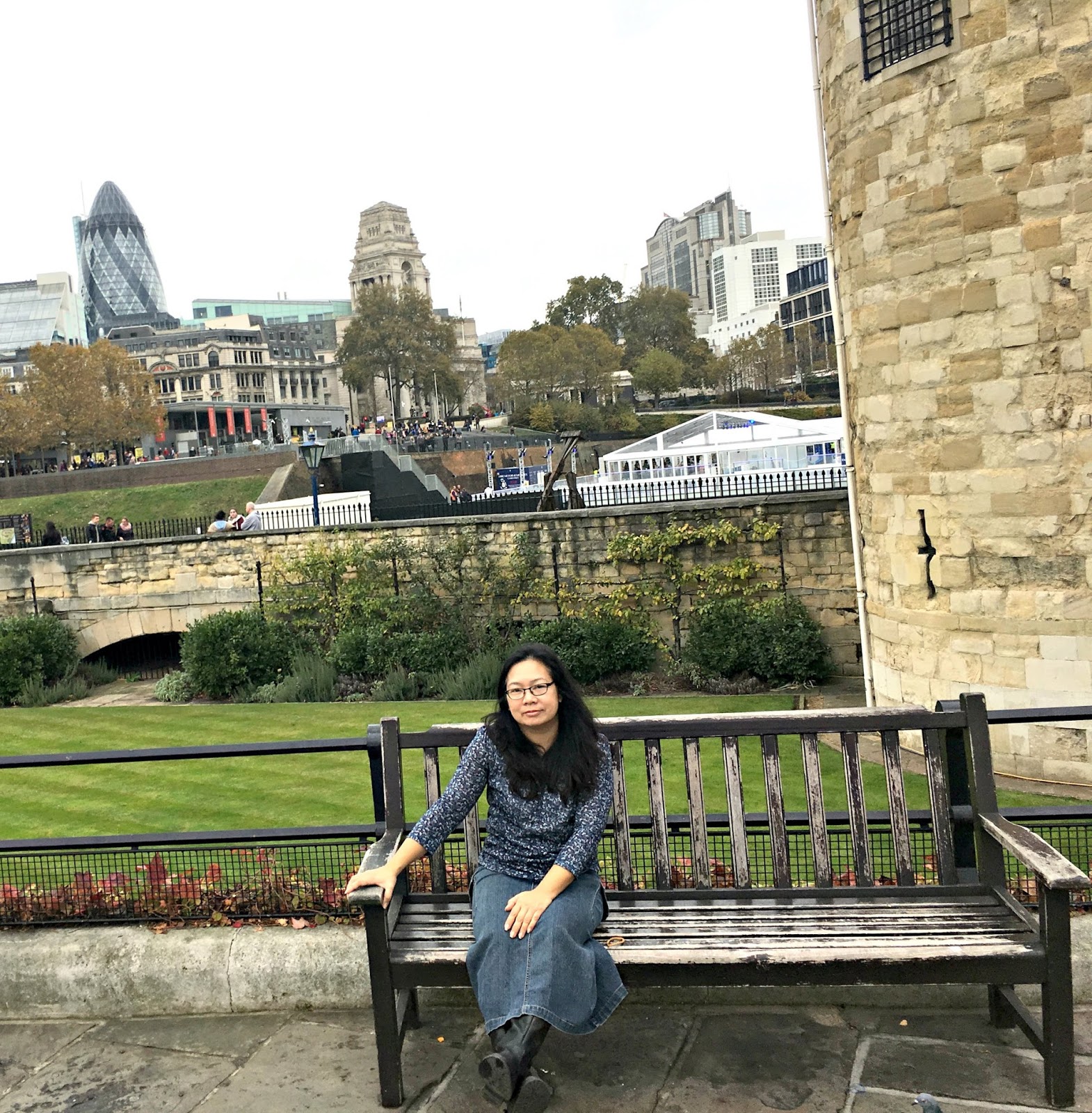 We went to London recently to visit some friends we haven’t seen in awhile. Since the kids were with grandma keeping her company, hubby and I took a quick time out to explore some of our favorite spots in London. Here are a few of them. Above, that’s me sitting near the entrance to the Tower of London, a historic castle situated on the north bank of the River Thames. I totally messed up the panoramic view but the first photo above shows you the facade of the Tower of London. It is a must-see when in London!!! 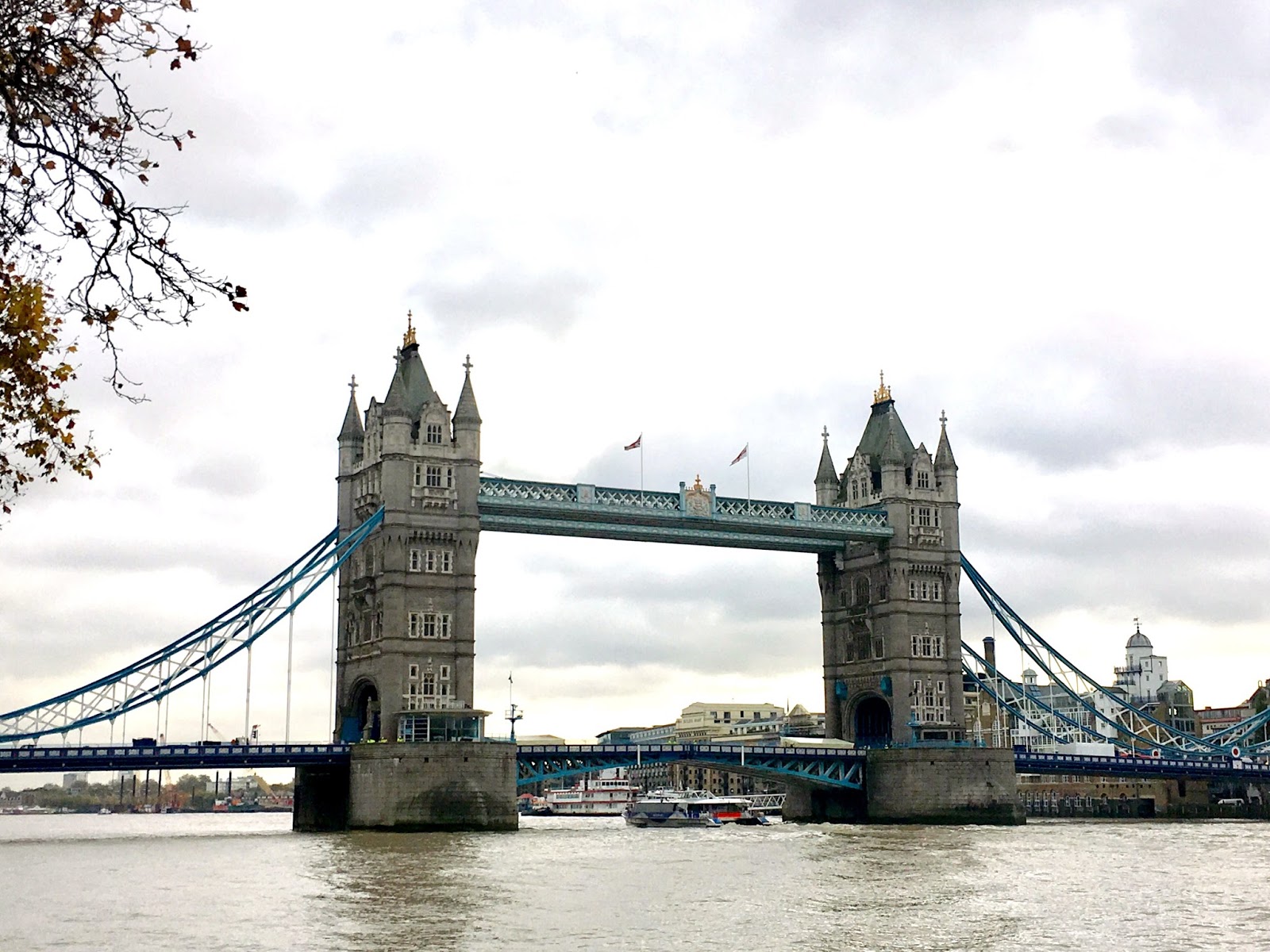 Just across the Tower of London is the iconic Tower Bridge. The Tower of London and Tower Bridge are both in the borough of Tower Hamlets where I lived when I was residing in London. These two icons of London were only a little over a mile away from the flat I stayed in. Hubby and I, before we celebrated our wedding in the Philippines, actually got married in the registry here. 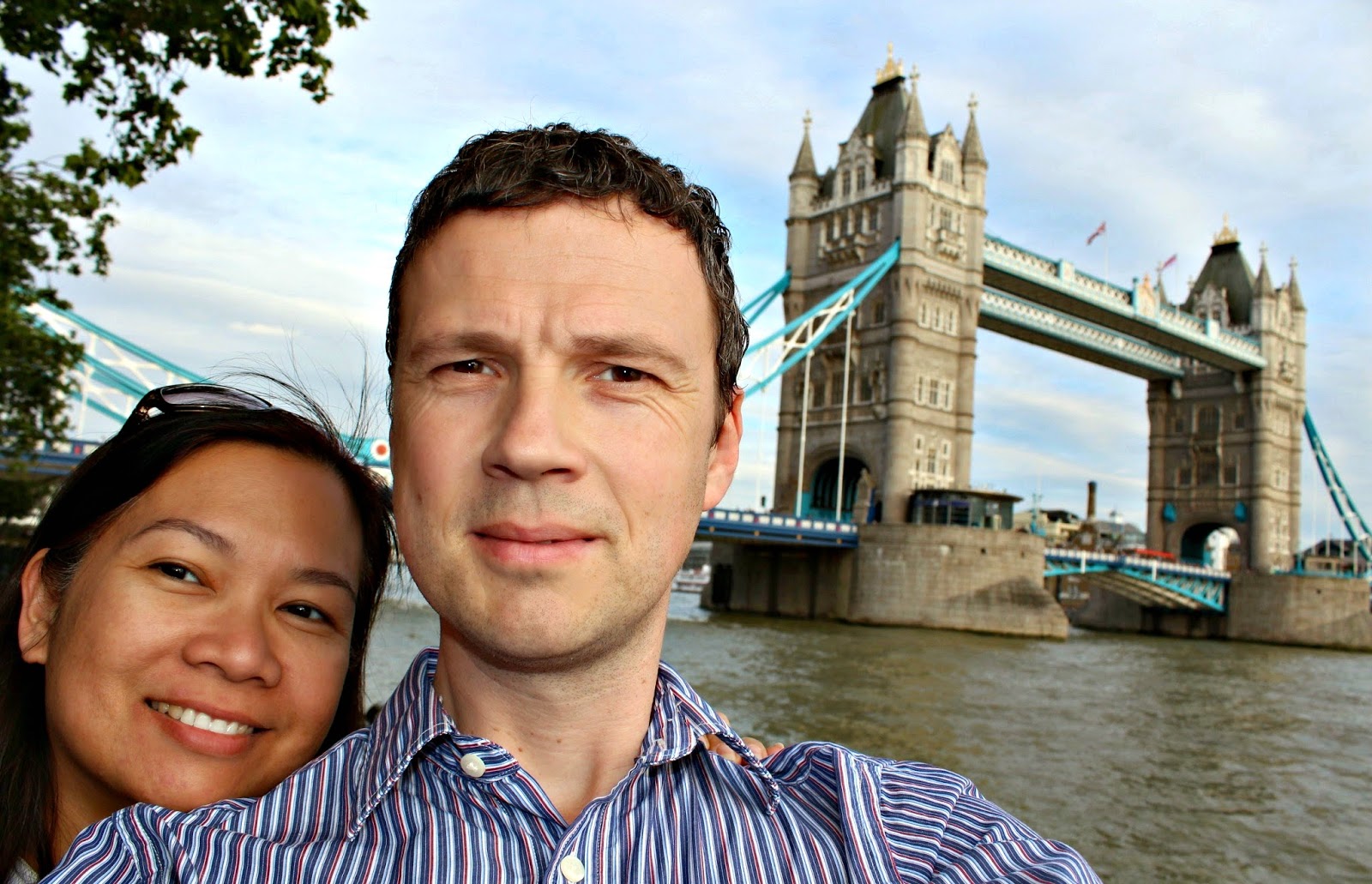 Before we got married we often strolled in this area walking along the River Thames. It was a great delight to visit this place again. 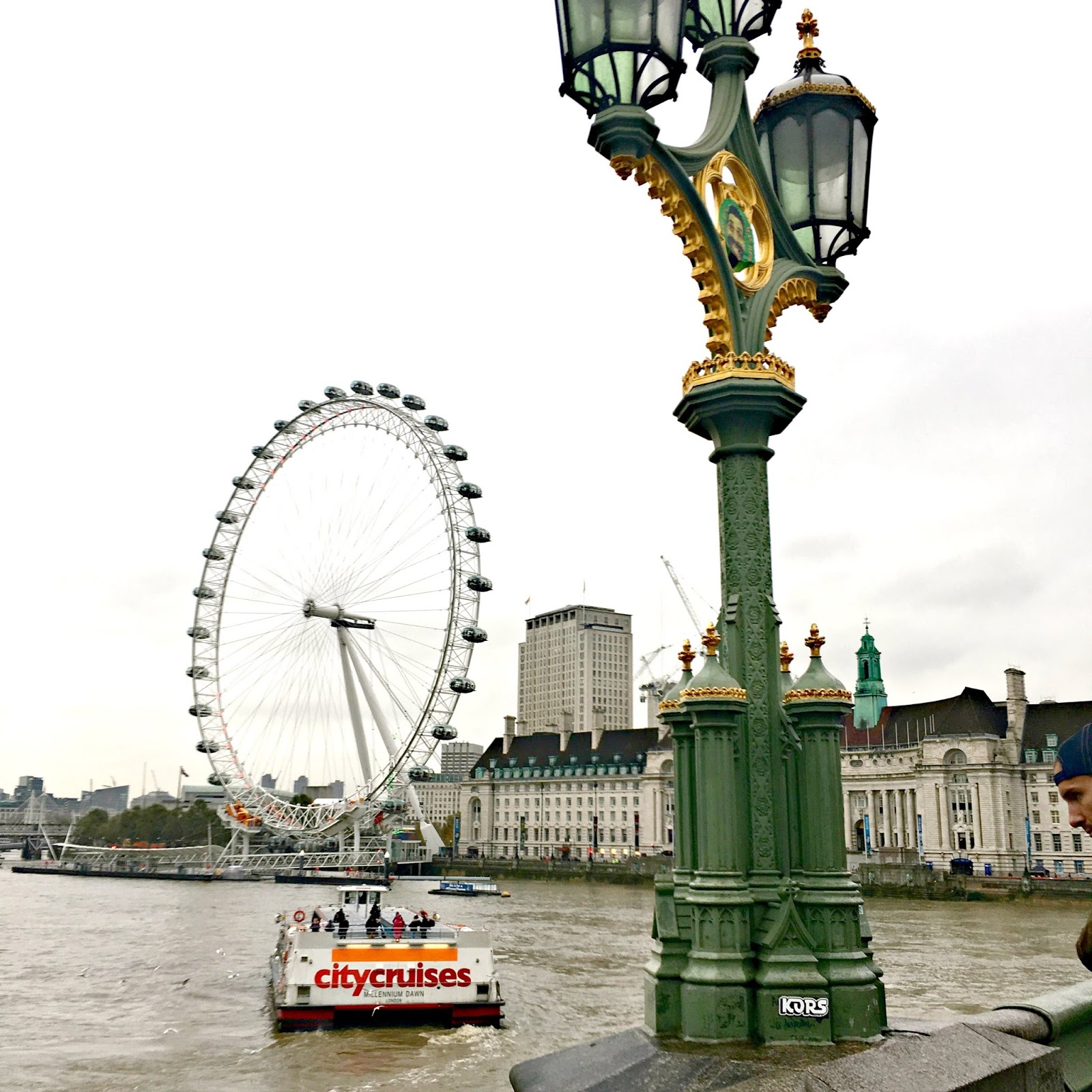 The world famous London Eye. When it’s sunny, this is one of the best places to catch a panoramic view of London. Of course, cruising around the River Thames is always a wonderful idea and we highly recommend it, too. 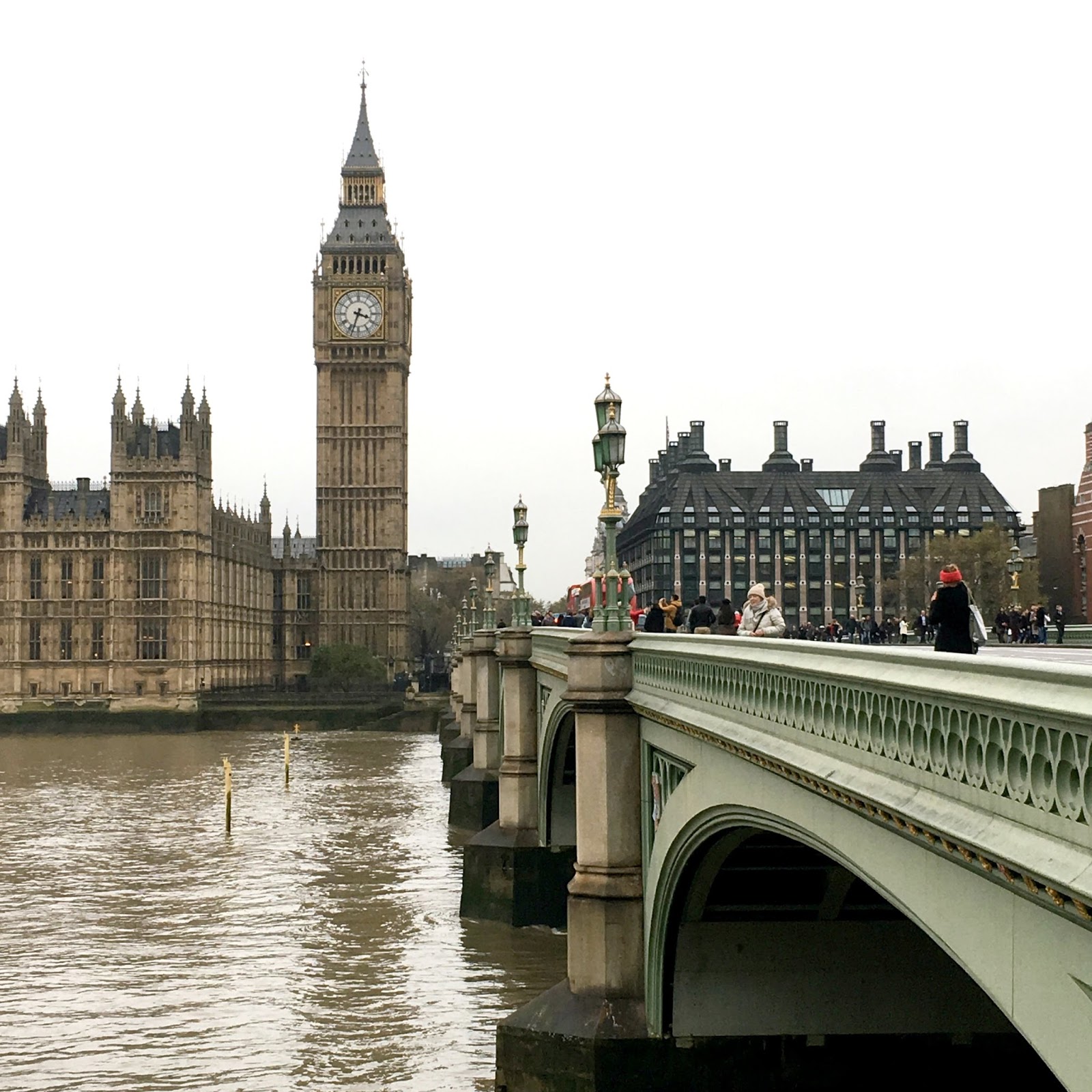 Big Ben and the Houses of Parliament….need I say more? 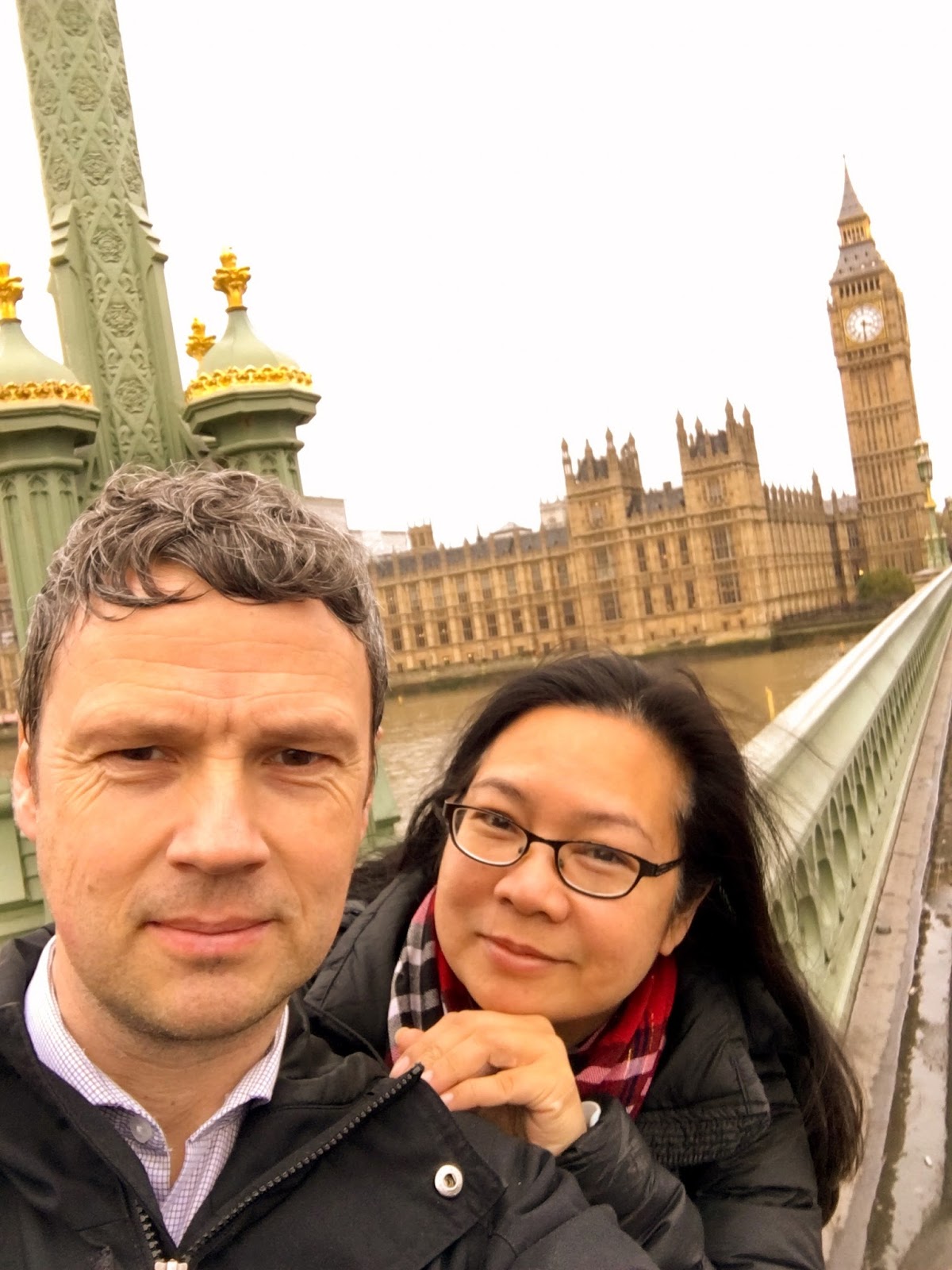 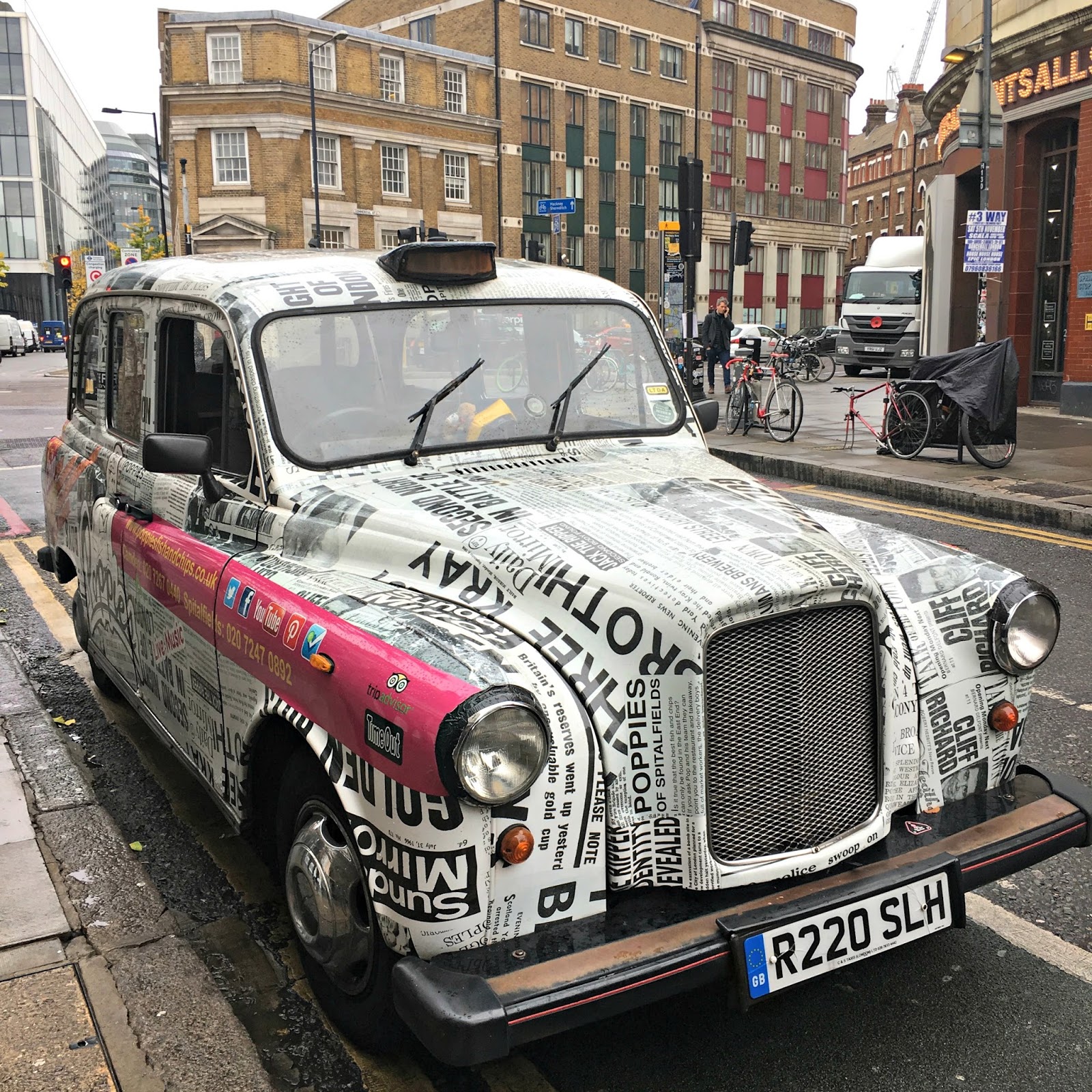 The classic and inimitable London Taxi Cab! I want this to be my car someday. 🙂 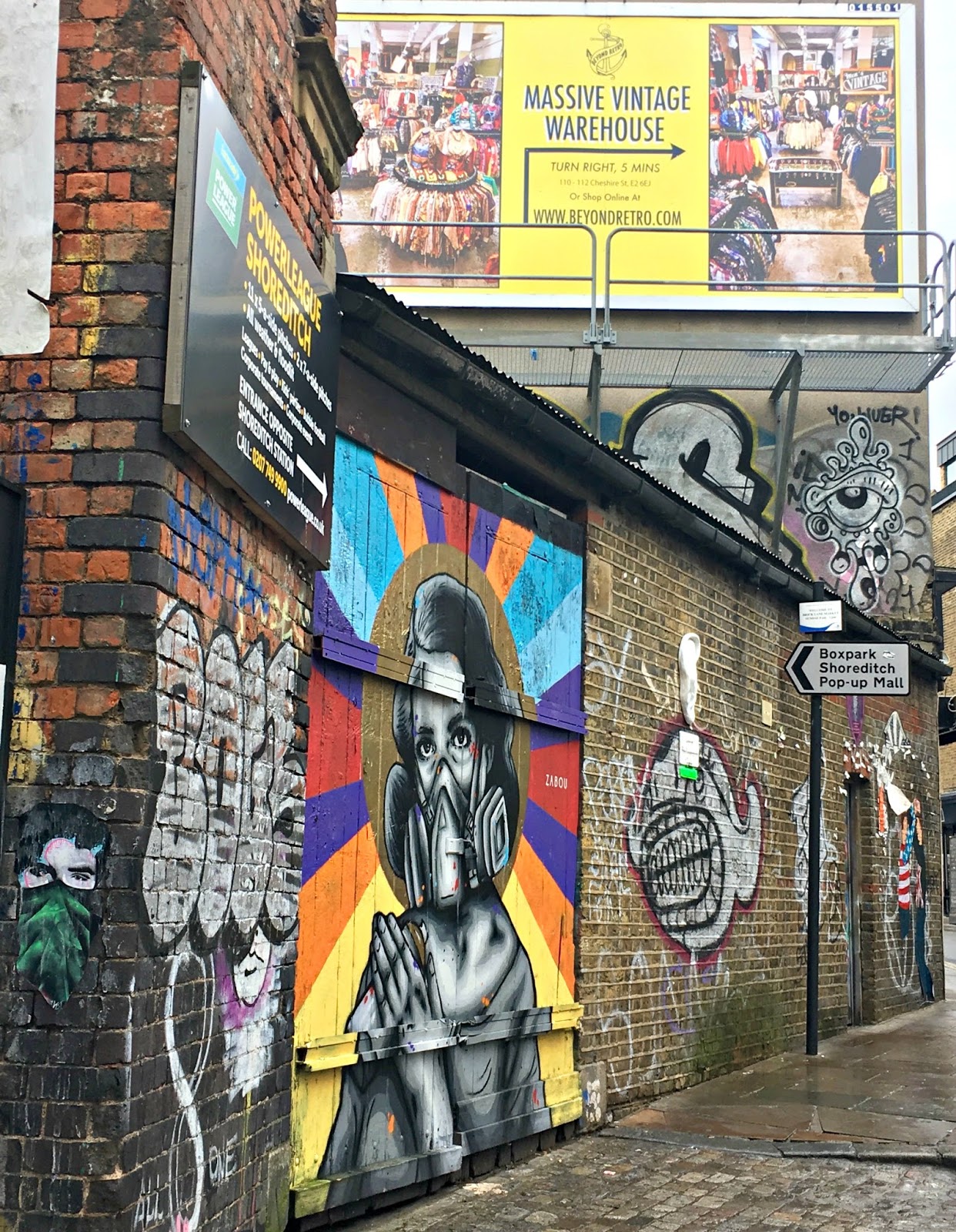 We strolled a little bit around East London near the Spitalfields area and saw some vibrant murals. 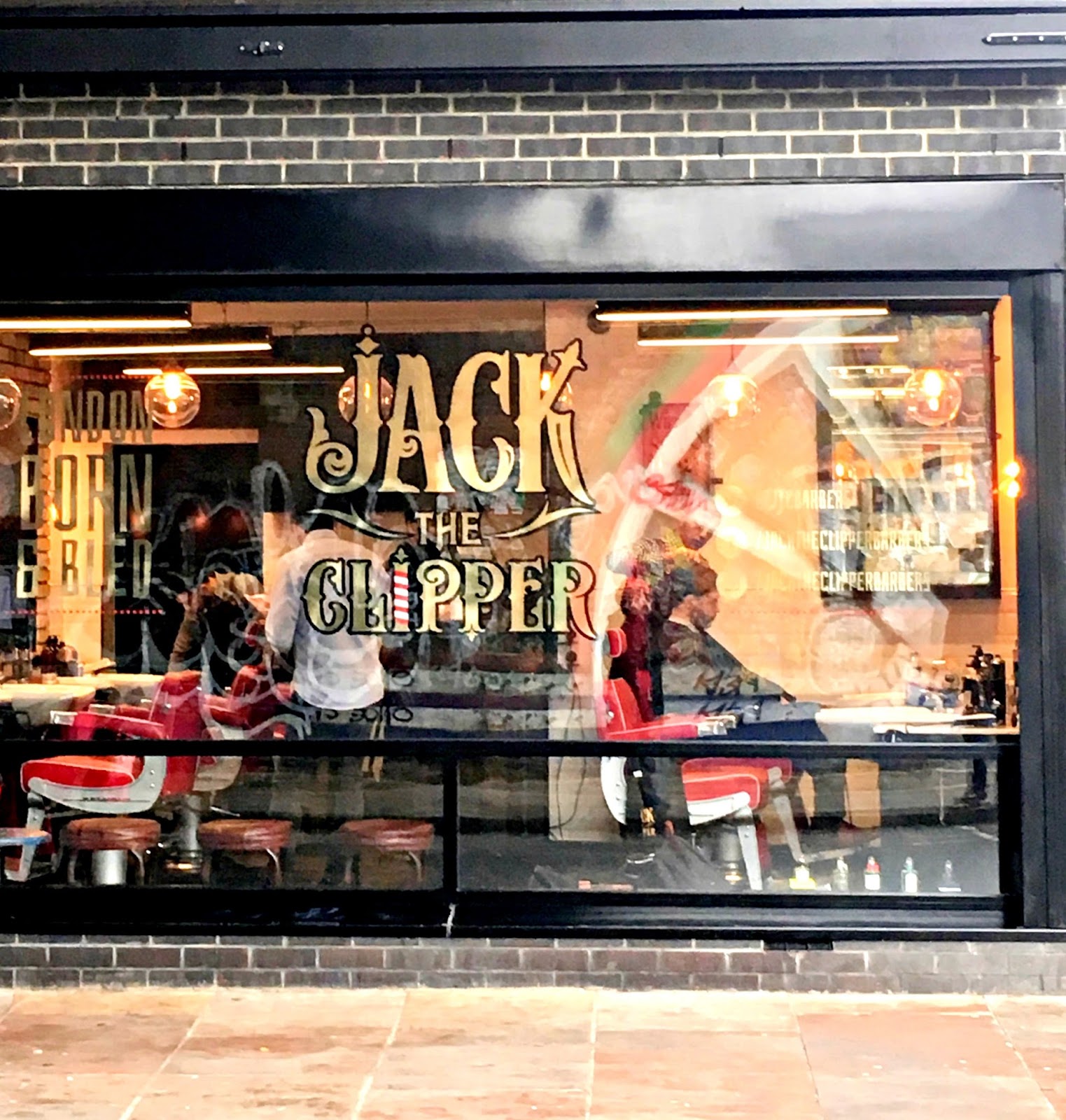 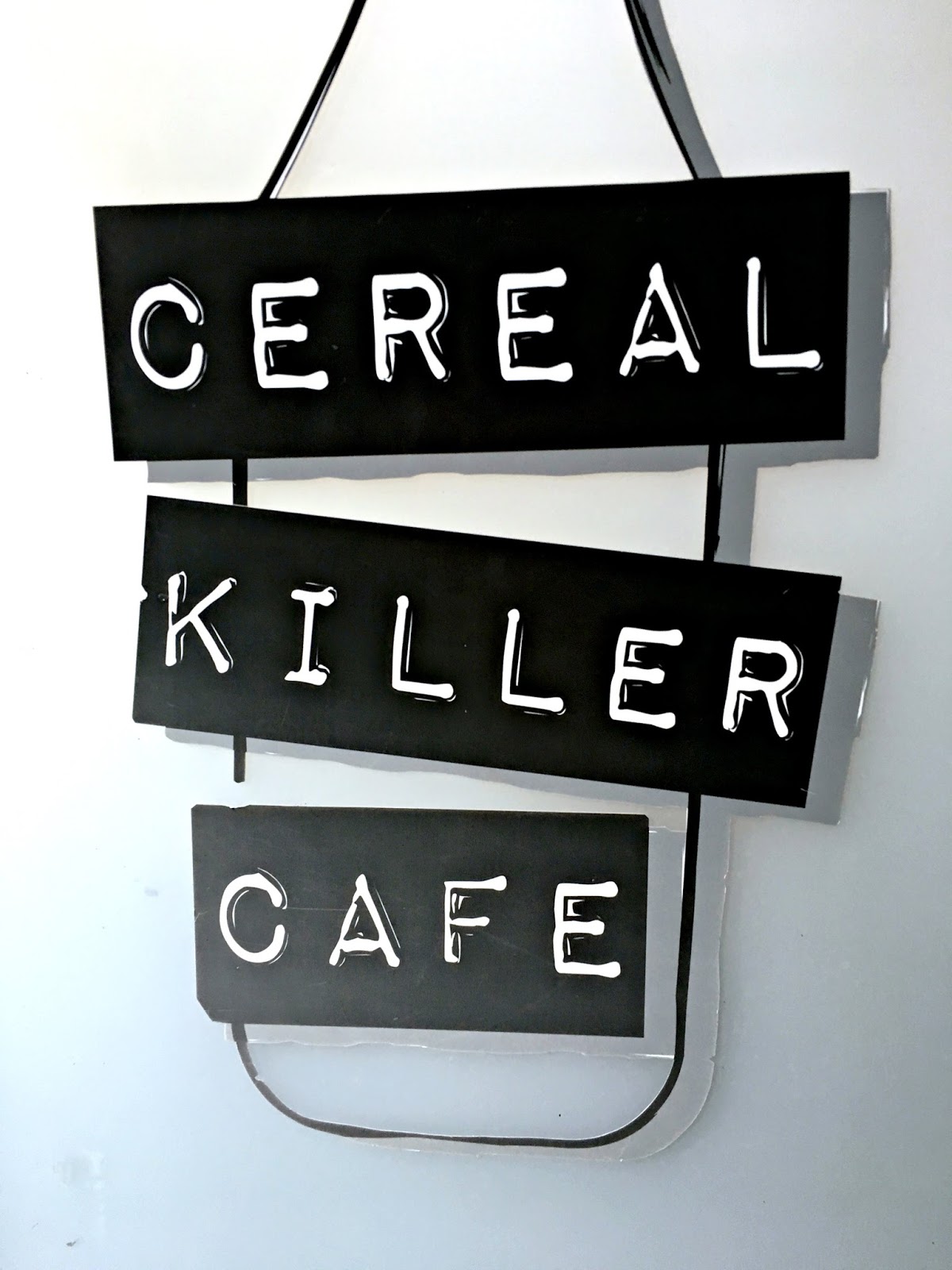 Yes, this is real!!! If you can’t be bothered to make your own cereal in the morning, why not let someone do it for you for a steep price? Seriously!!! 🙂 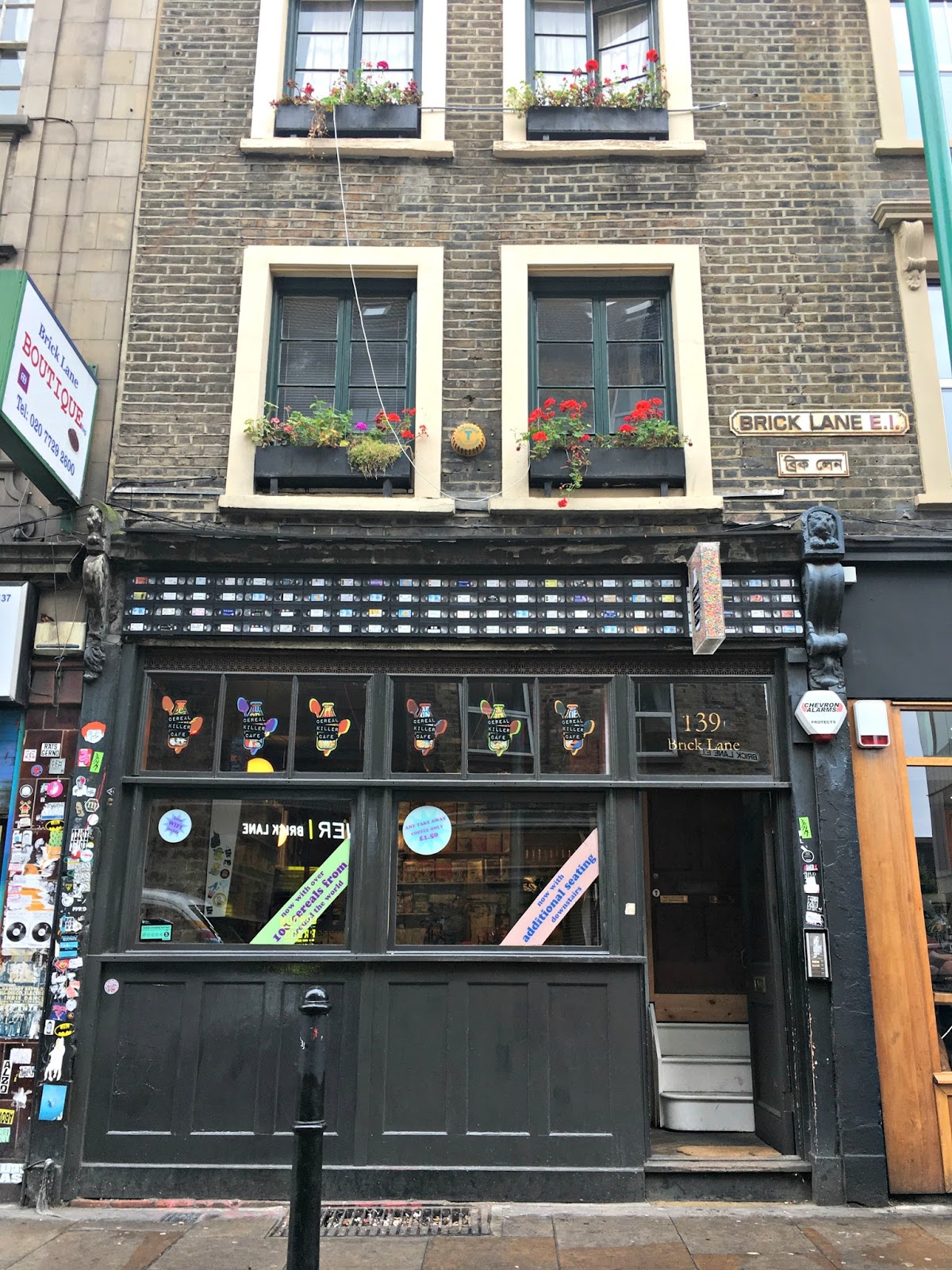 The famous (or infamous Cereal Killer Cafe). Yes, there were people inside buying and eating their cereals. Only in London! 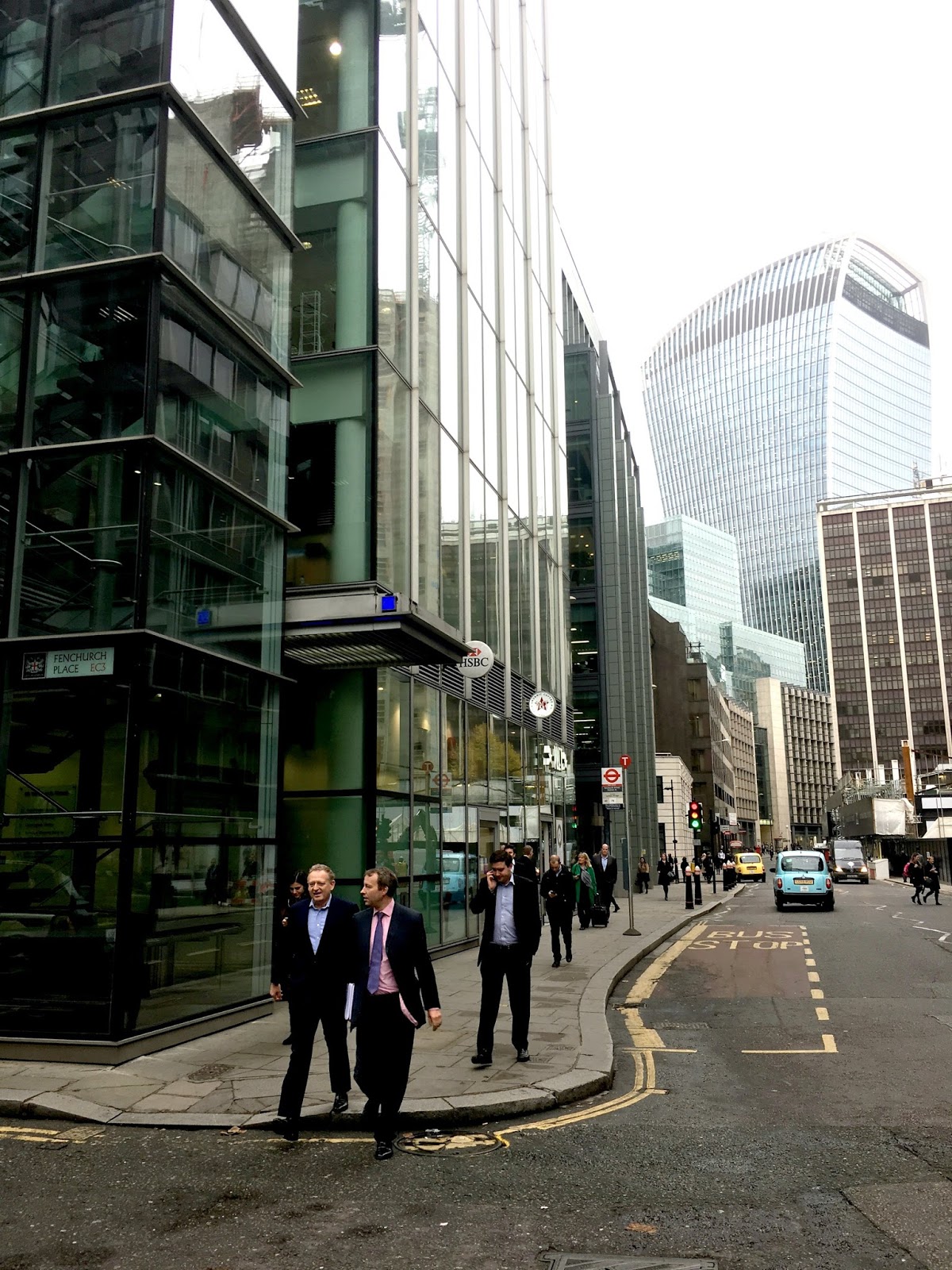 Now we’re in the business district of London and the building to the right is nicknamed the “Walkie Talkie” because of its odd shape. Actually, it reminds me more of the old black and very heavy first batch of cellular phone in the 90s. Don’t you think? 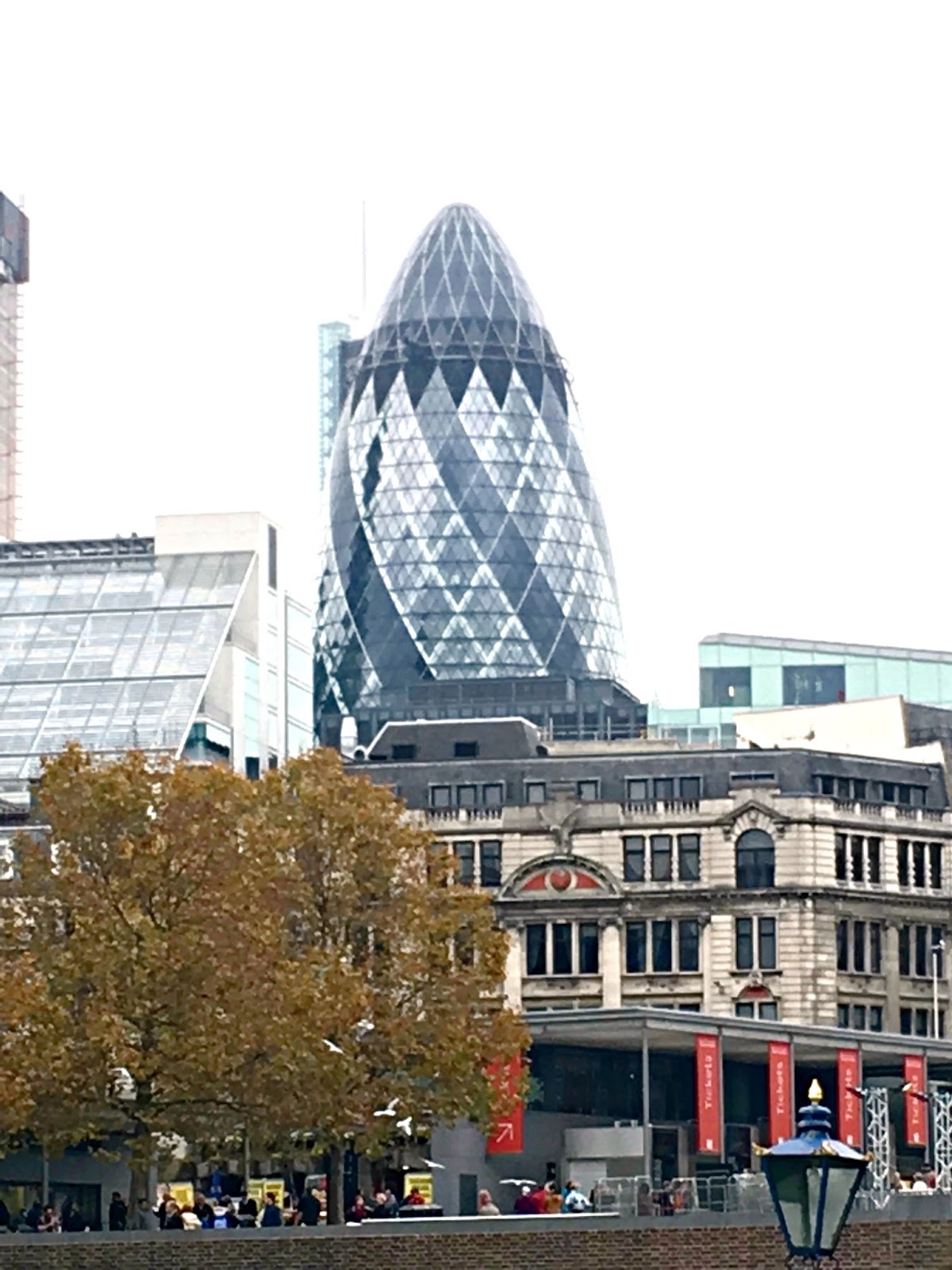 London is indeed into quirky buildings like this cone shaped structure called, “The Gherkin.” The flat I used to stay in overlooked the Gherkin so I actually enjoyed glancing on it whilst in the kitchen and drinking my cup of tea! 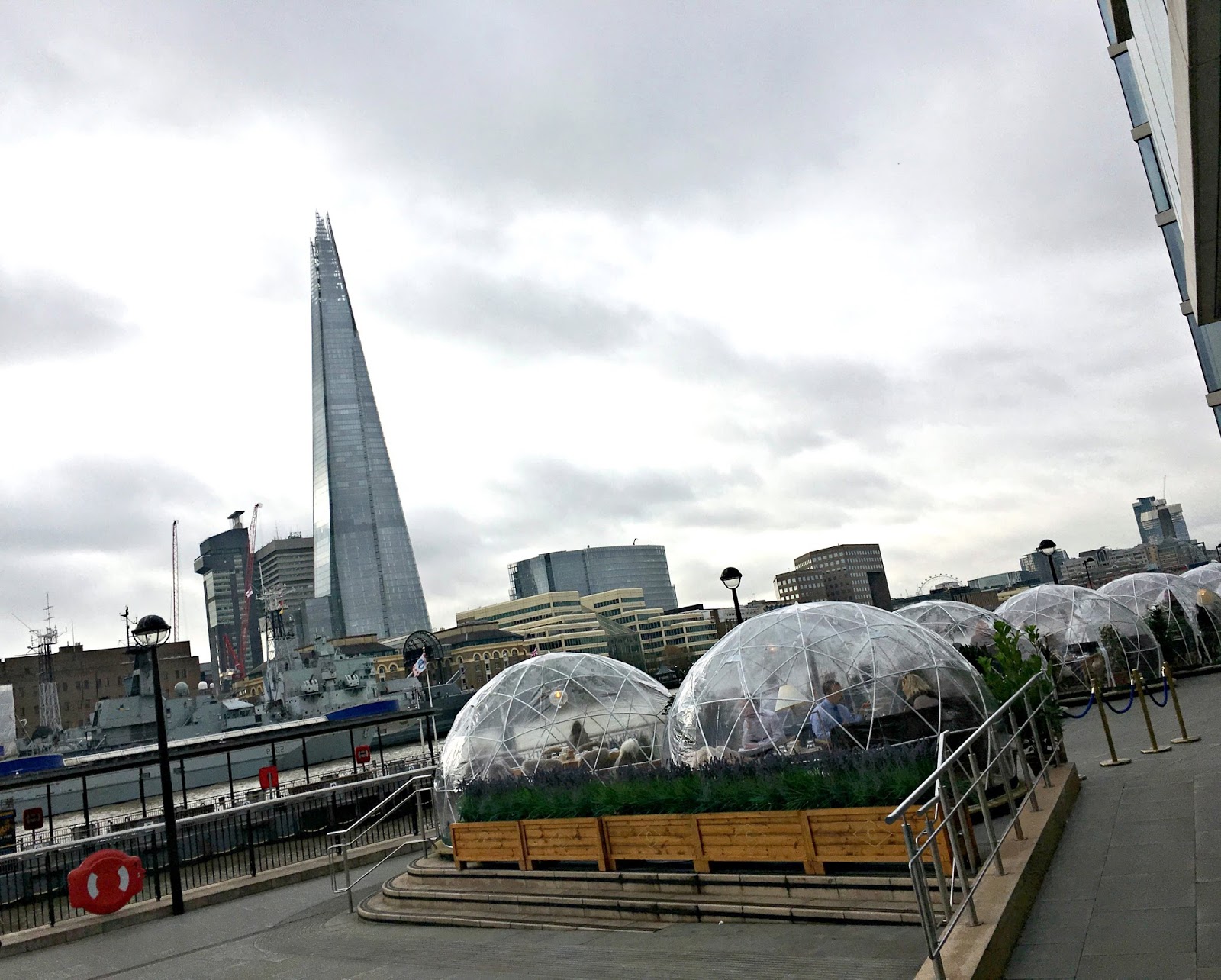 If you have seen some British spy movies of late, then you’d probably recognize this pyramid-shaped building as many of them have featured this iconic glassy tower called, “Shard of Glass,” or simply “The Shard.” It has 95 floors and is well-known for its fantastic views of London. 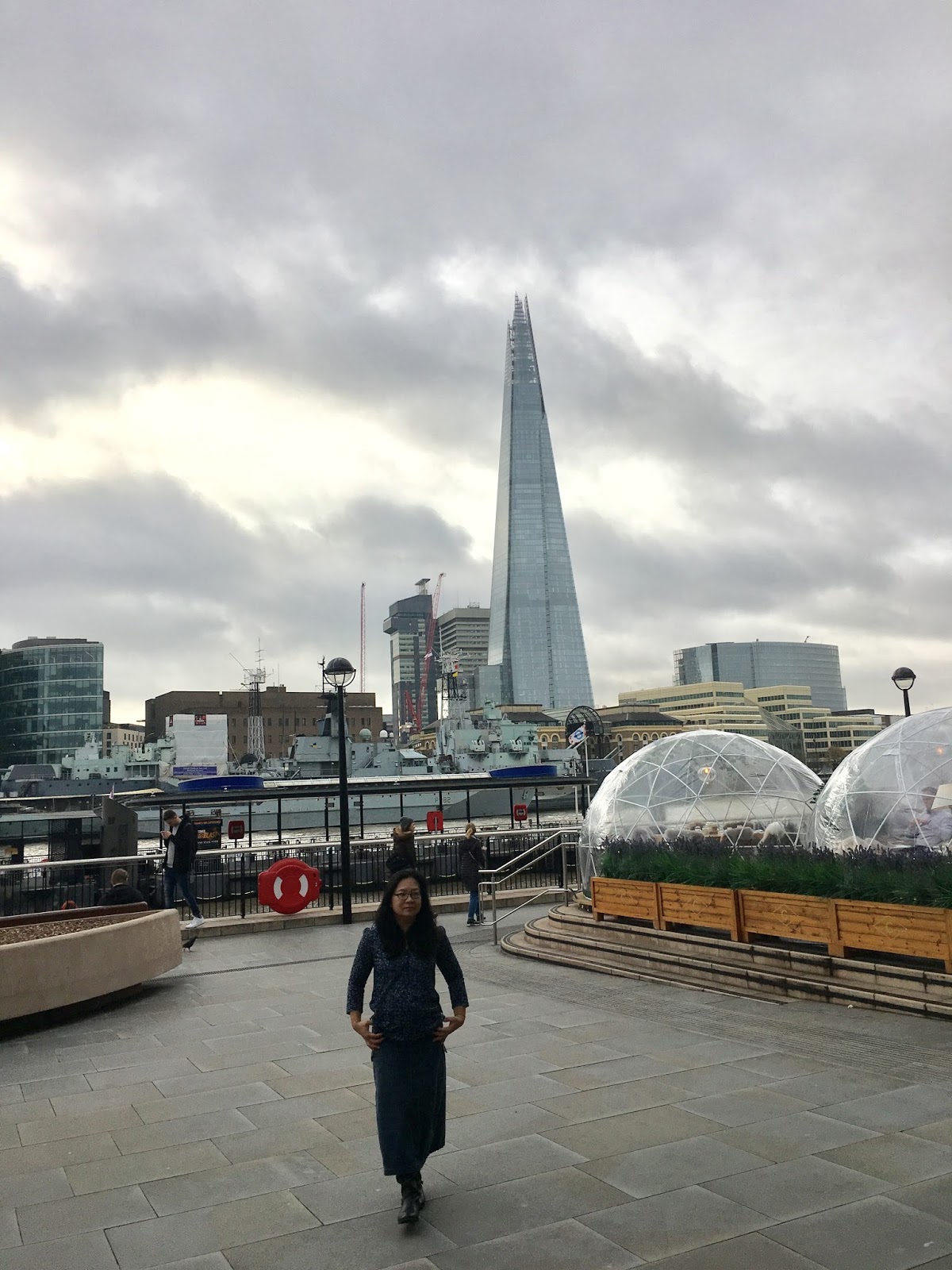 That’s me posing for a remembrance photo of The Shard before we said goodbye to London and head off to Norwich. 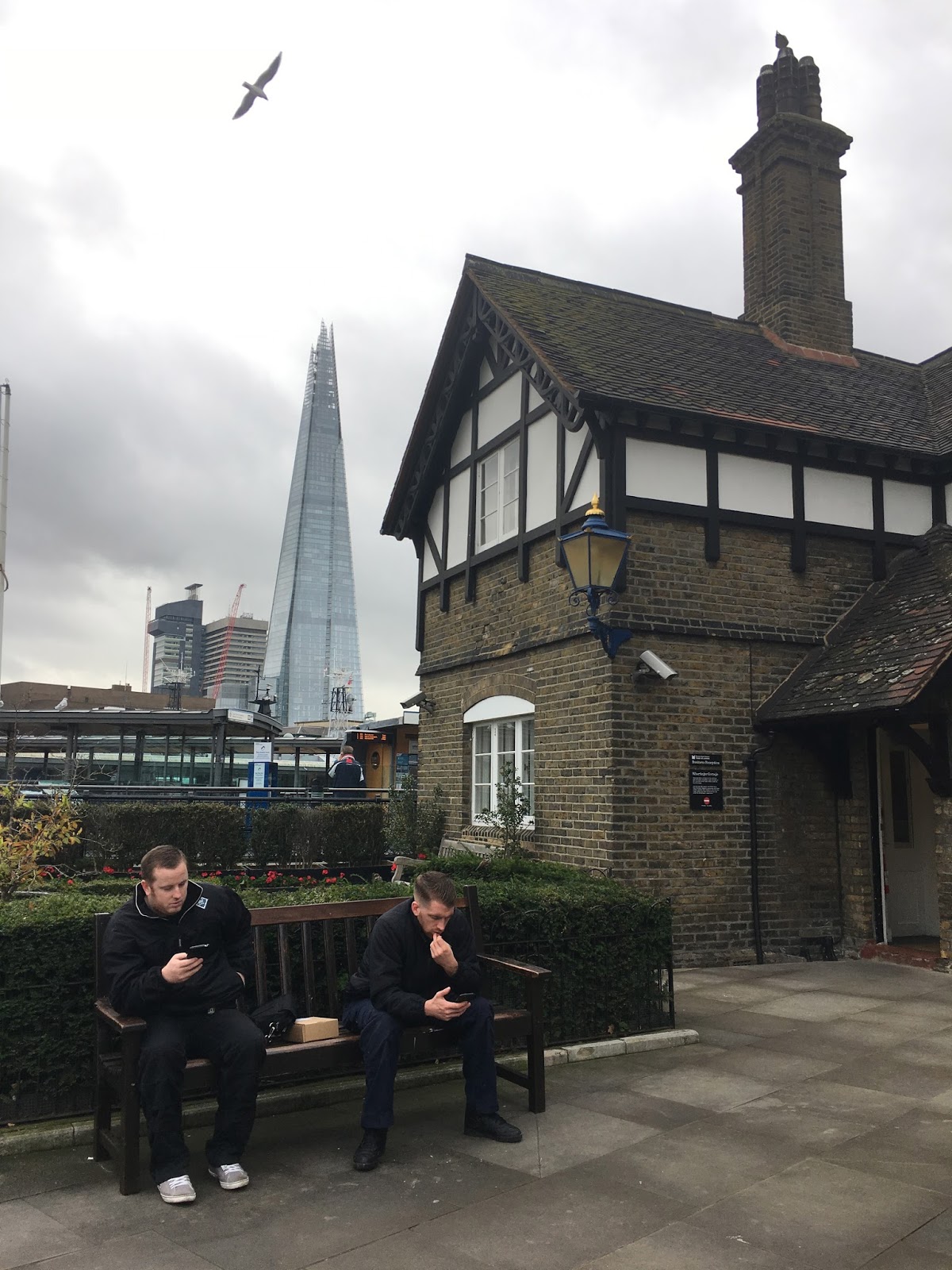 I thought I’ll add this photo not because I know these two guys….they were strangers to me. But I thought it provided a great contrast between the new and old in London. The Shard represents the modern construction while the Tudor-style like brown building showed what it was like in the past. Anyway, hope you enjoyed this very quick tour around East London. Thanks!!!