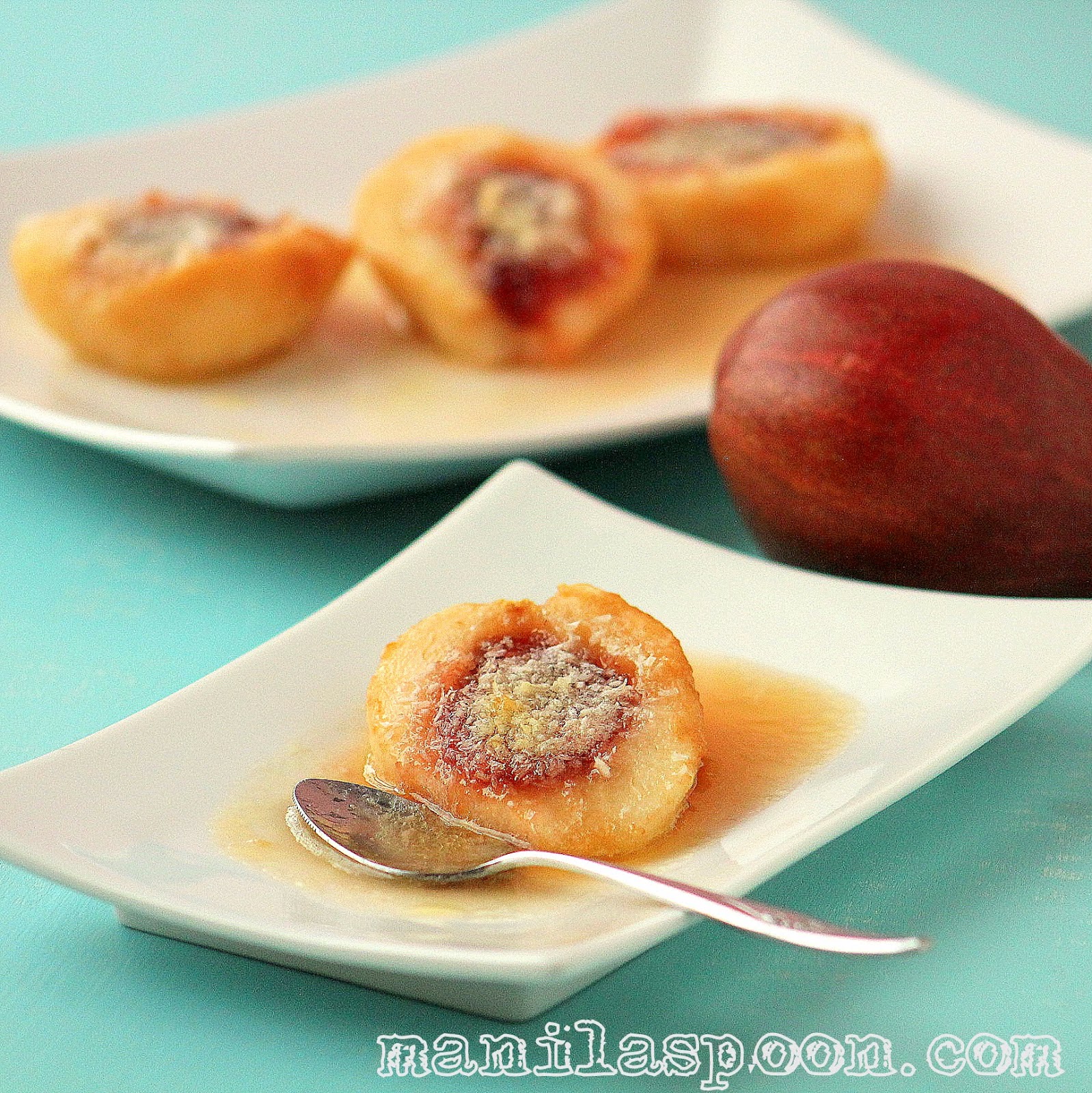 I love Red Pears and they were on sale the other day so I grabbed a few to snack on. One of the pears I used for making a smoothie while the other one I gave to my son for his school snack. However, he didn’t like it for some reason and asked if he can have an apple instead. I obliged but was a little disappointed that he snubbed the pear. So, anyway, I had a few more pear left-overs than I anticipated so I thought of trying a new recipe with them – sort of a dessert that’s truly enjoyable. I have read some recipes that cook pear in red wine but I didn’t have any red wine but still had some  white wine in the fridge which did not get fully used up in the chicken stew I made. I thought that white wine may work because it won’t be so strong and it’s always worth a try…. Of course, it needed something more – I wanted some texture contrast and I immediately thought dessicated coconut might do the trick. I added some strawberry preserve too as filling and topped it with the dessicated coconut! I wasn’t sure at all that this combo will work – they seem odd (dried coconut, strawberry preserve, fresh pear and wine???) together but believe you me —- it worked! Unbelievably yummy dessert that’s so easy and truly amazing! It was so good, the wine sauce was so deliciously sweet and the coconut provided extra flavor and crunch! I highly recommend that you try this with your favorite pear. It’s quite an elegant looking dessert too. Next time, I would use the more slender looking Bosc or Conference Pear because they are longer and would probably look nice in presentation but I have used what was handy at the time so feel free to do so as well. Enjoy! 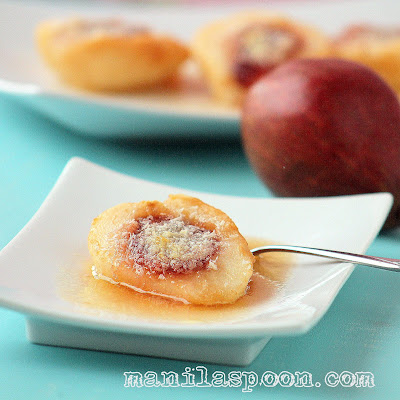 2 Tablespoon unsalted Butter – separated
3 large Ripe pears, peeled, halved and cored (I used the Red Anjou Pears but if available use Bosc or Conference Pears)
3 teaspoons Strawberry (or Raspberry) preserve (1 tsp per pear)
2 Tablespoons dried dessicated Coconut (you may pre-toast, if you like a more tan color)
1/2 cup White Wine (sweet or regular)

Preheat the oven to 350F while you are preparing the pears.

Use half of the butter to grease the baking dish you are using. I just scrape the cold butter on the dish. The oven-safe dish should just be big enough to accomodate the pears in single layer. If you still have enough butter left after greasing, just leave them on the plate. Place the pear halves in the baking dish, cut side up. Fill each hollowed pear with a teaspoon of the preserve or jam. Top with the coconut. Divide it evenly among the pears. 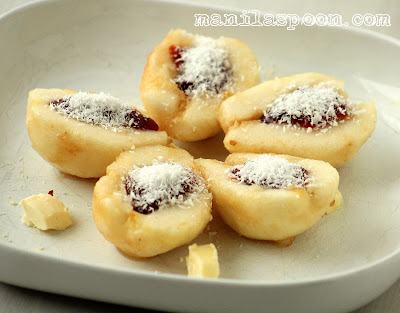 Pour the wine around the pear. Divide the remaining butter and place a piece on top of each pear. Bake for about 30 minutes or until the pear is tender. 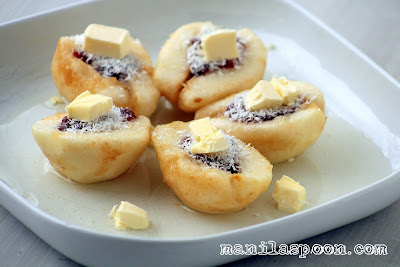 This is what the pear looks like after baking. So pretty and truly delicious! 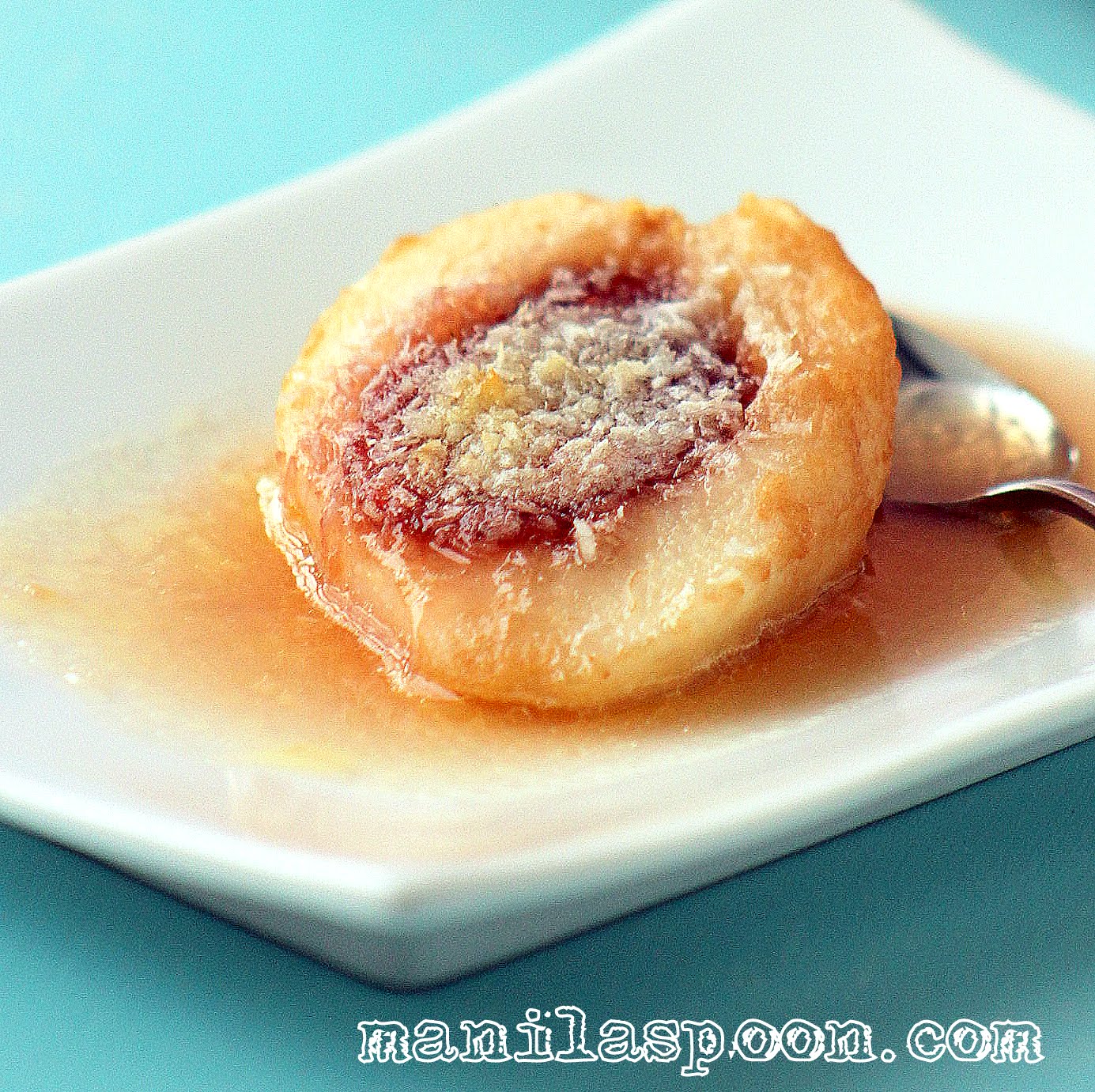 It’s wonderful on it’s own, but if you’re feeling rather indulgent — serve warm with some vanilla ice cream on the side! Oh yummm! 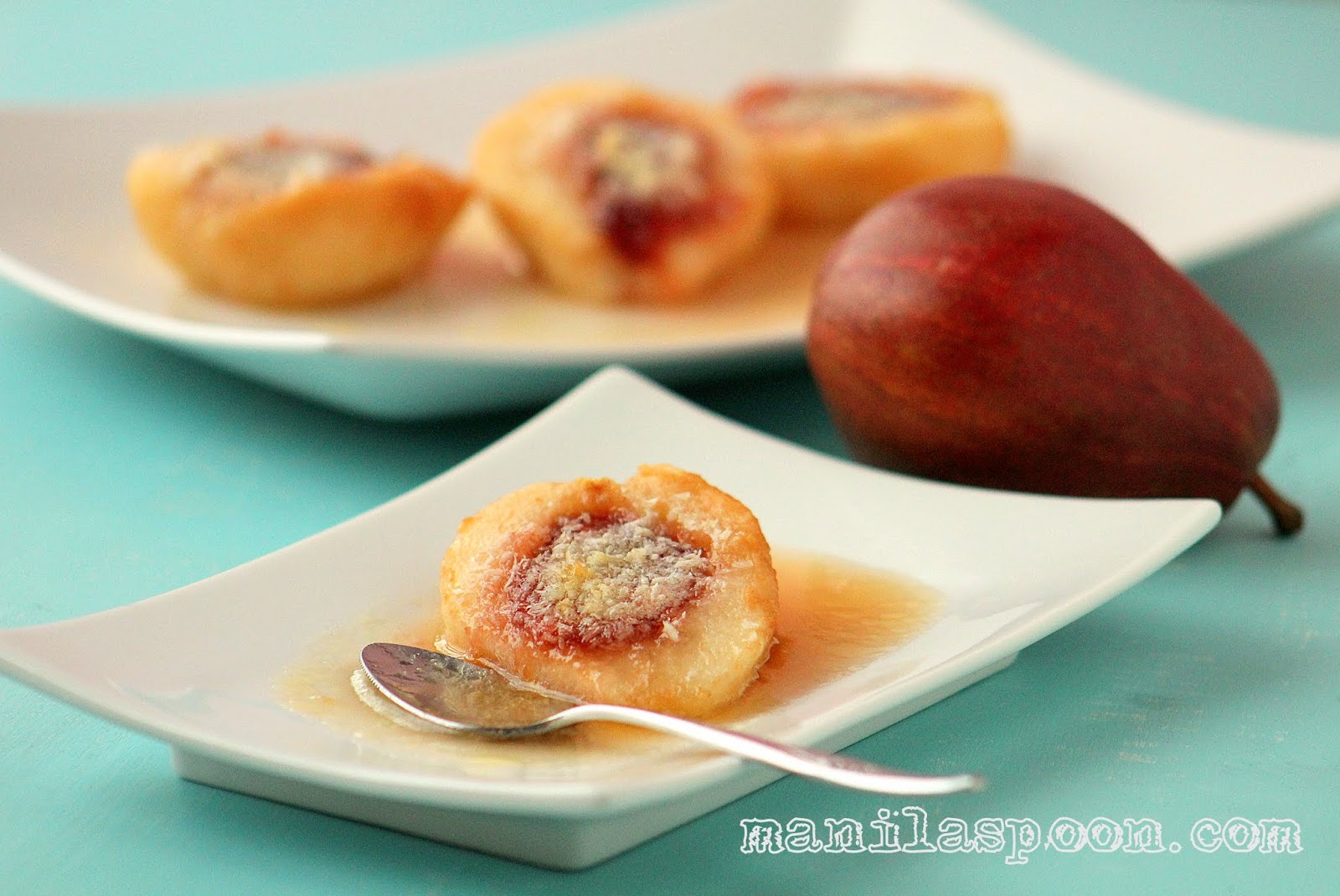 This recipe is featured at Foodie Friends Friday.