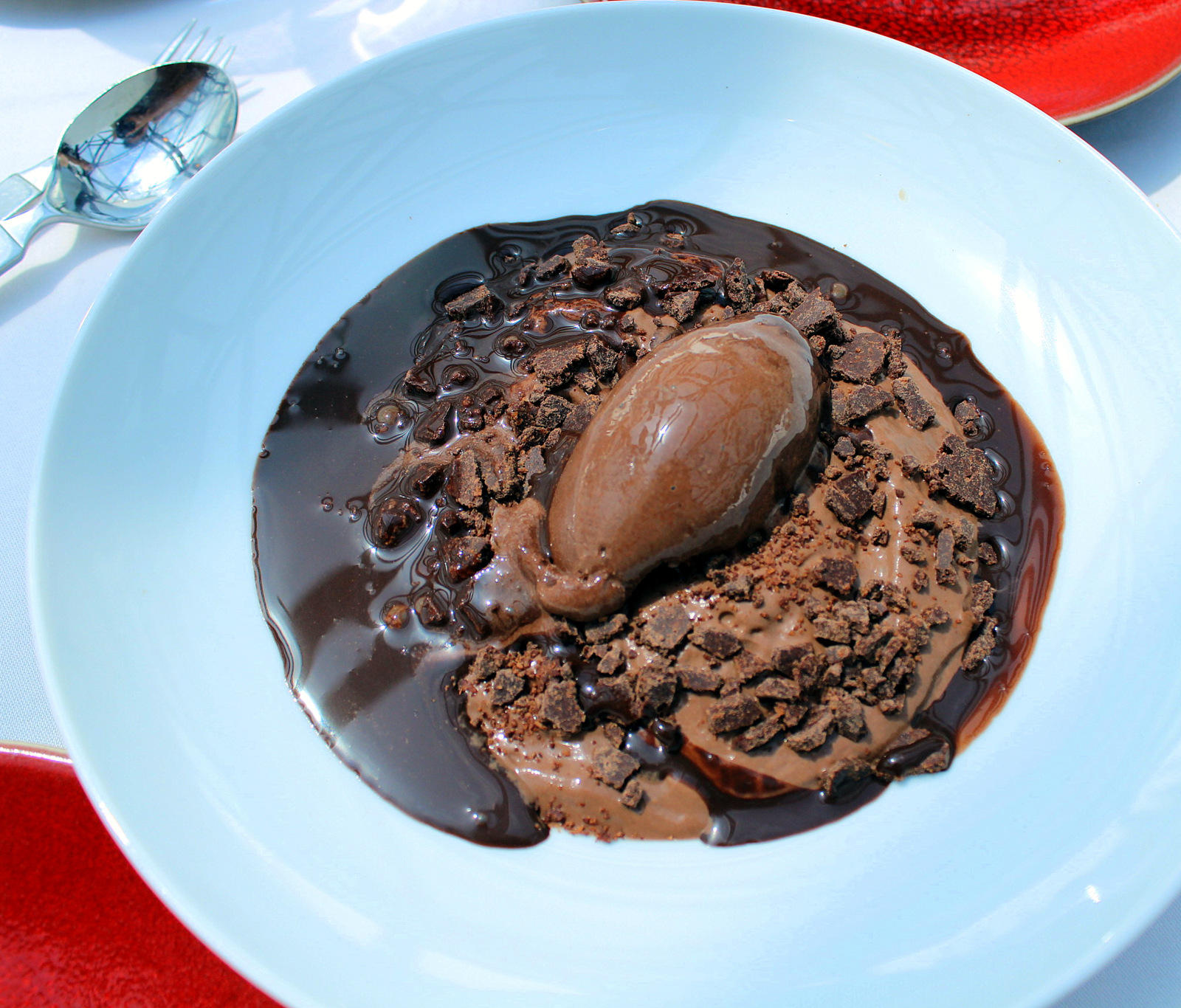 Here’s the second part of our travel feature. On Wednesday (June 19) we scheduled a trip to the Louvre Museum. Originally, we wanted to do it on Tuesday but it is closed on that day so we had to postpone it to Wednesday which happened to be our 10th Wedding Anniversary. It worked out well in the end ’cause we had a fabulous time exploring the world’s largest museum! This is truly one of the highlights of our trip and should be belong to any itinerary when you go to Paris. It’s truly a must-see! The Louvre is huge so it can take more than a day to see everything there but you can also pick and choose, of course. The glass enclosure you can see below is the entrance to the museum. Even before it’s 9am opening there’s already a long queue outside. ﻿ Here is another view of the Louvre. 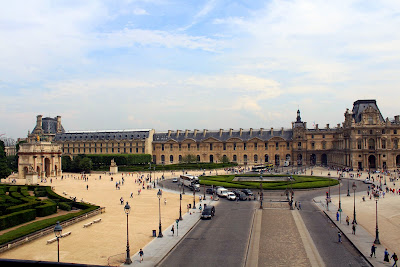 This was taken from the inside – through the window. 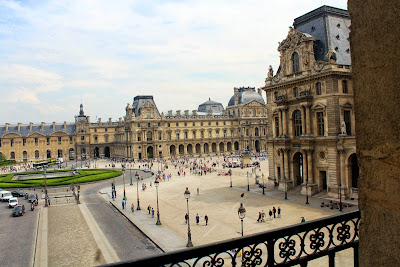 Of course, the most famous inhabitant of the Louvre is the Mona Lisa by Leonardo da Vinci. 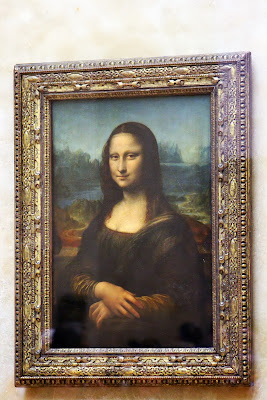 The best time to view the Mona Lisa is early in the morning – just right after the opening when the crowd is still pretty thin. 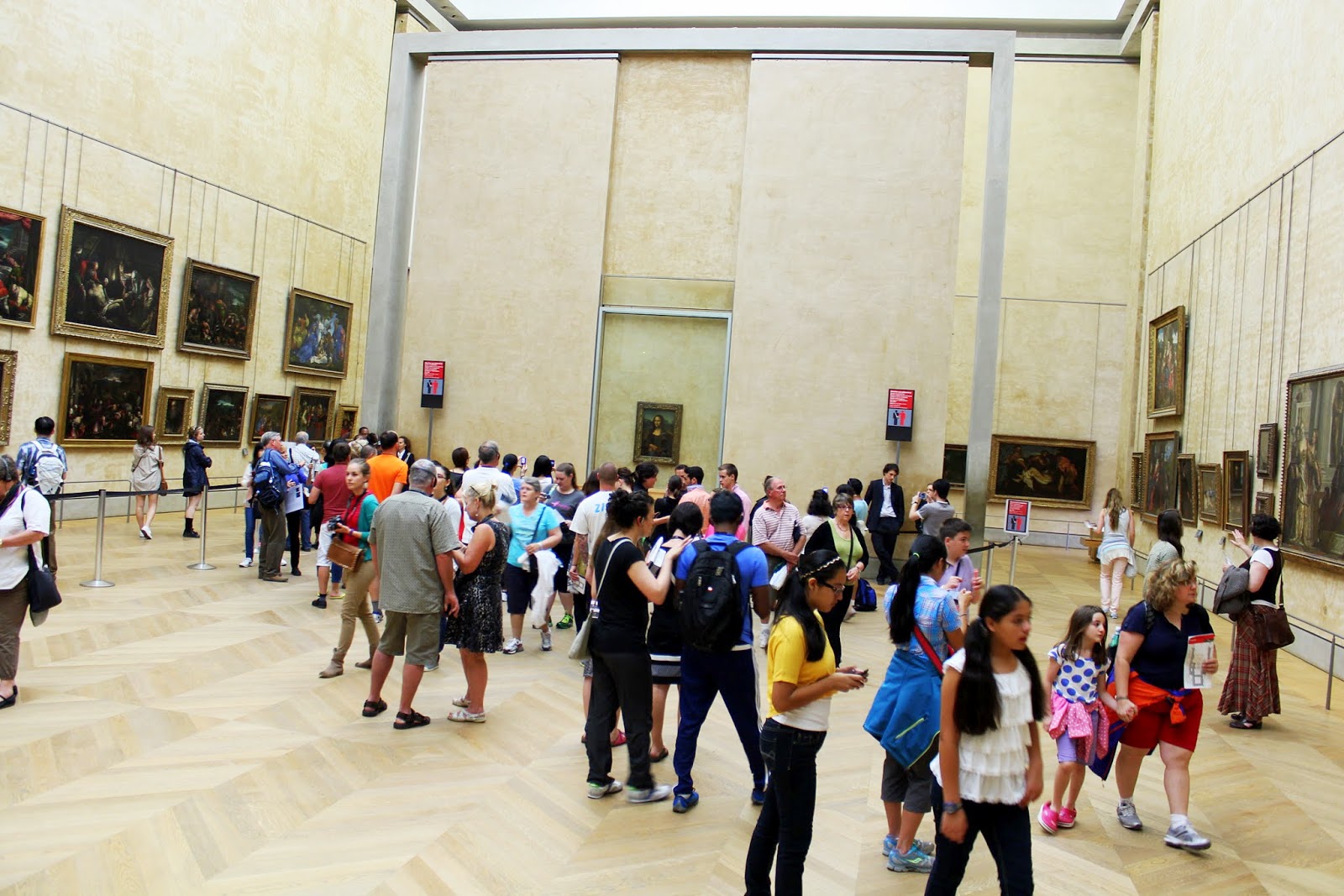 If you arrive early enough you can still manage a pretty decent picture beside it… Here I am trying my best to do my own Mona Lisa smile. 🙂 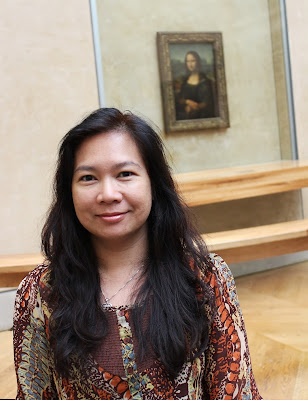 Just about an hour or two later….the crowd has tripled in size. 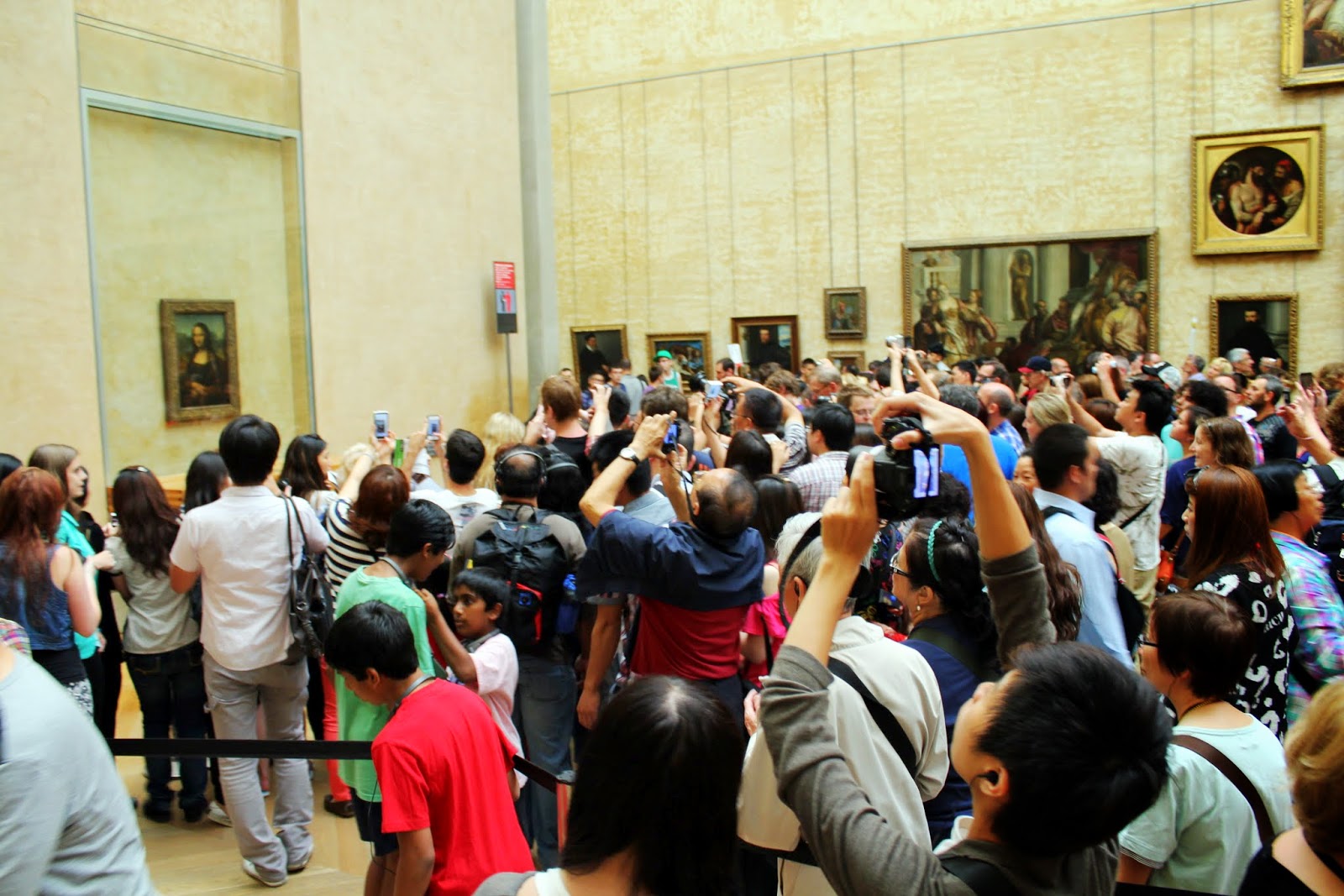 It pays to come early to avoid this chaos. 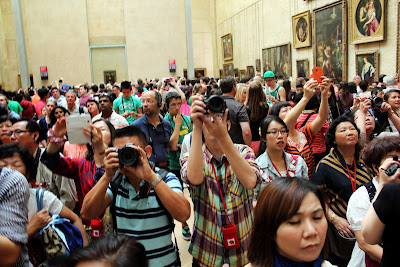 Da Vinci has other works in the Louvre too apart from the Mona Lisa. 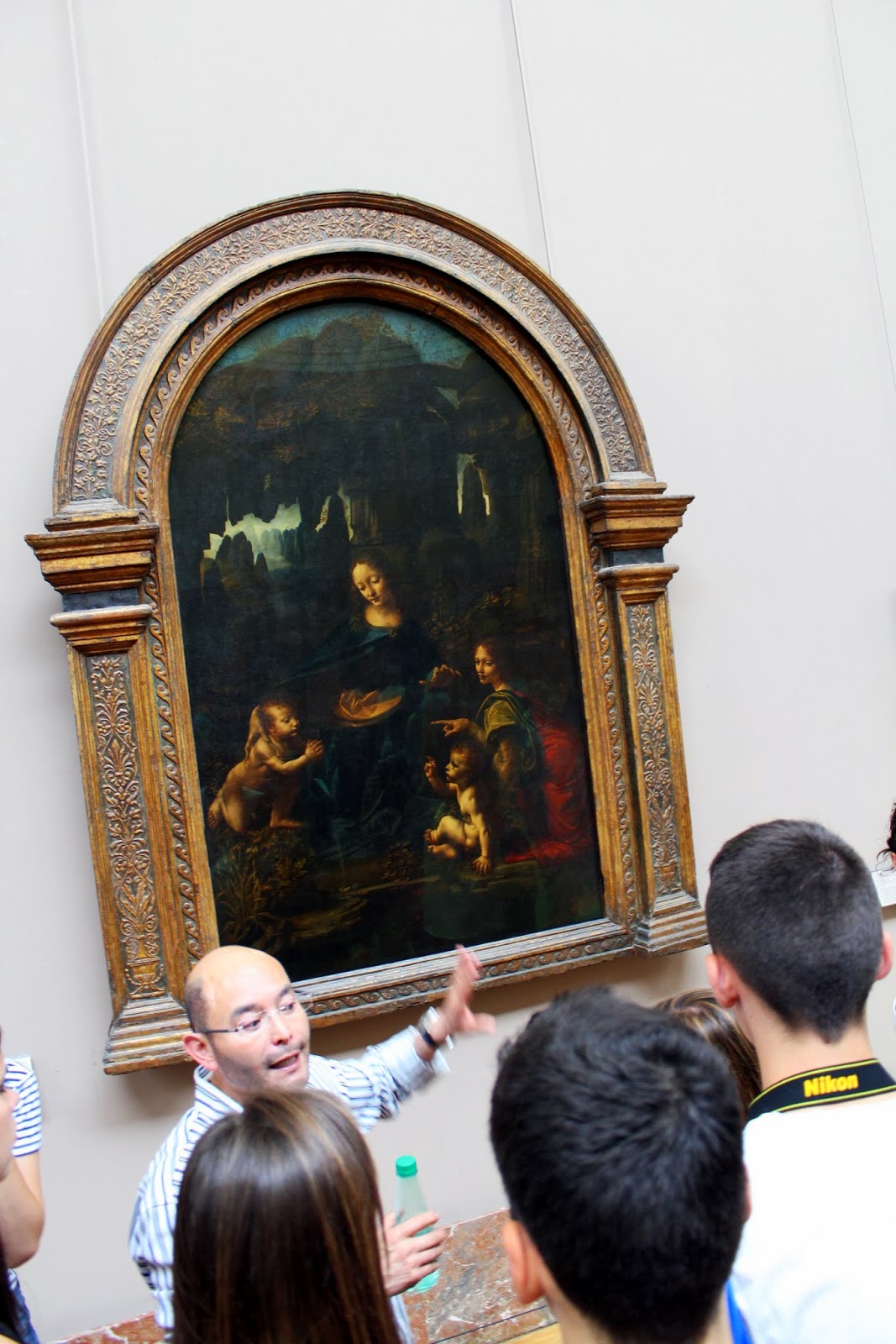 This was also painted by Da Vinci.﻿ 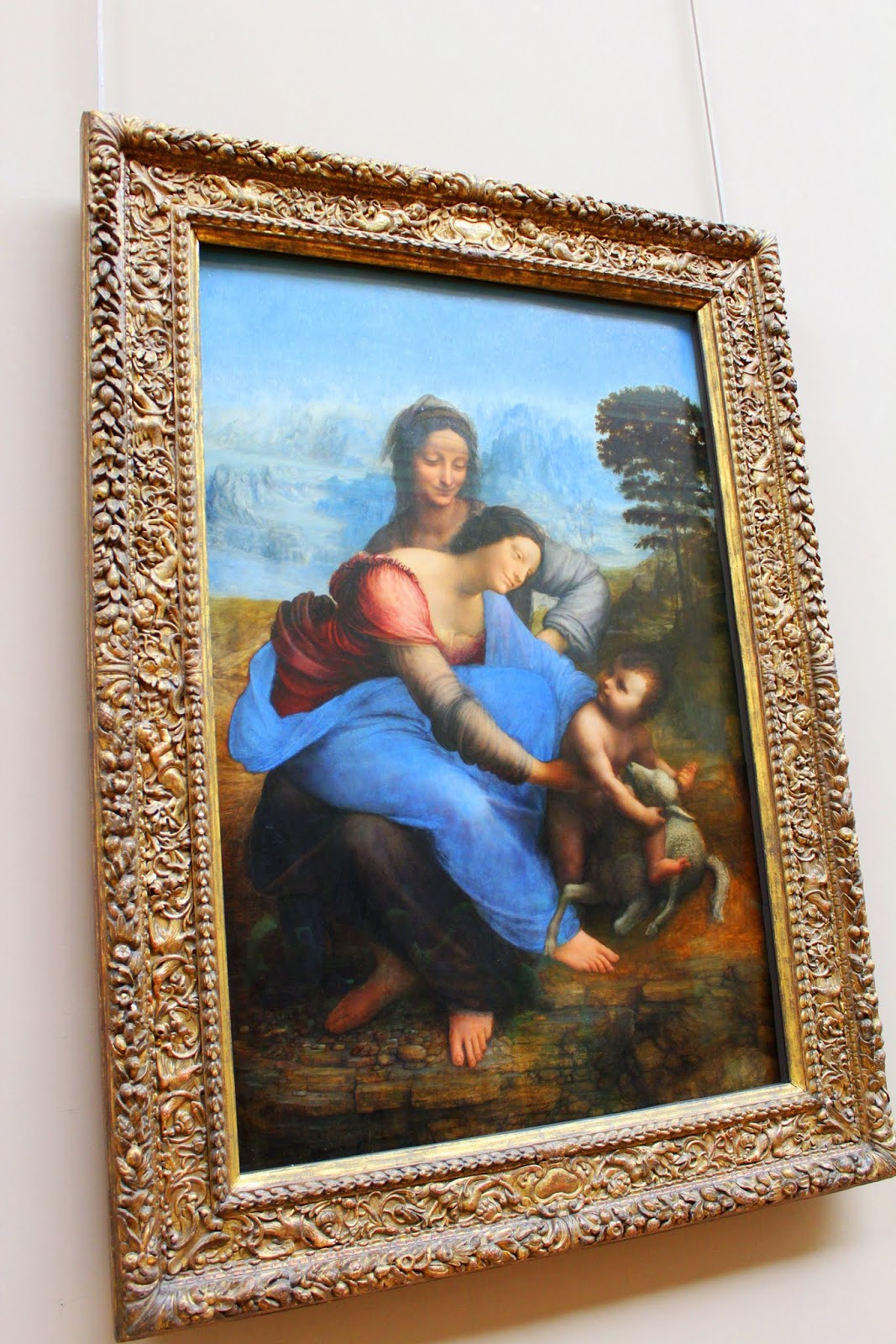 Other popular paintings are the coronation of Napoleon Bonaparte. 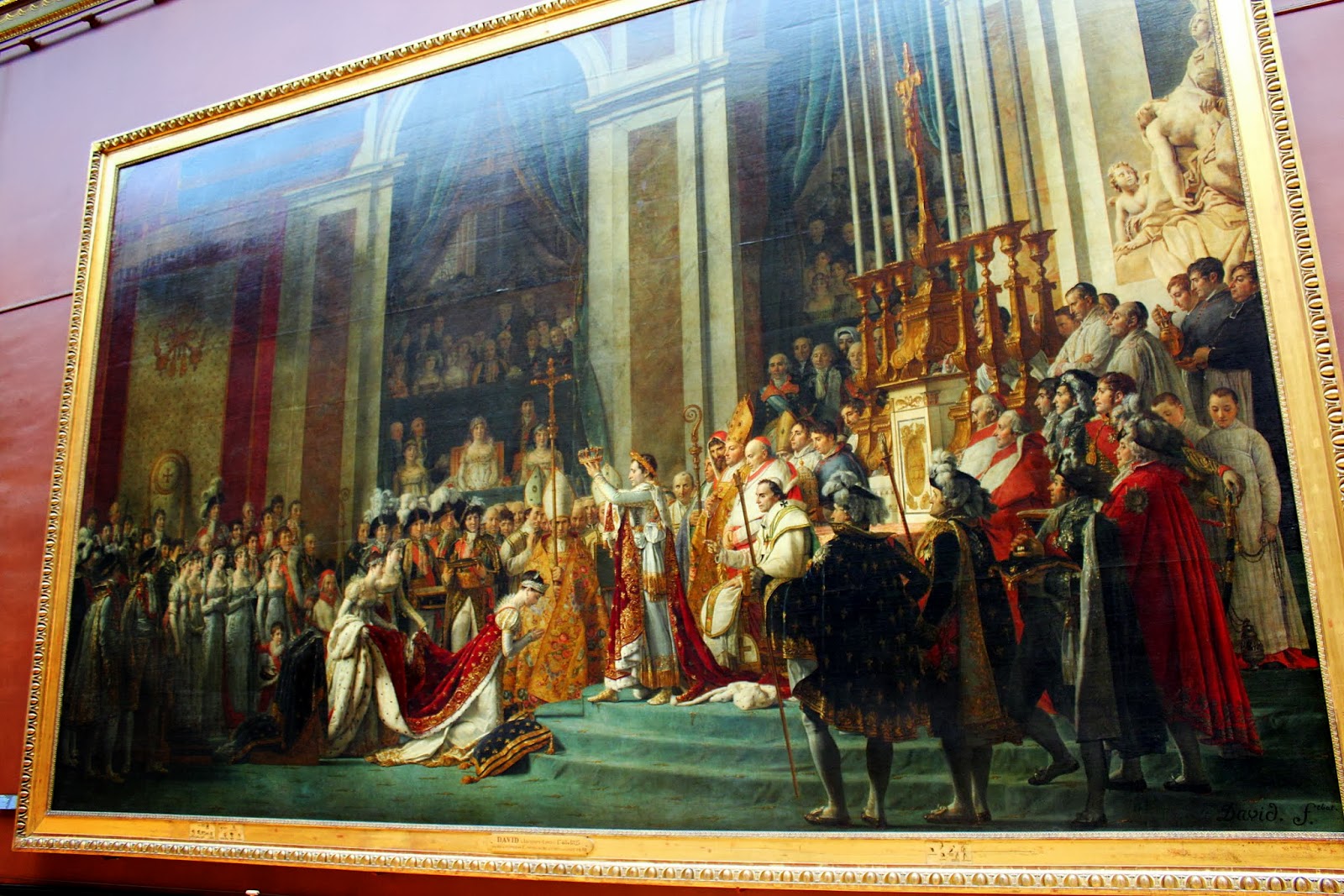 The Raft of the Medusa is another one. The kids are all ears as they listen to a tour guide explain the significance of the painting. It’s in French so I didn’t understand anything. 🙂 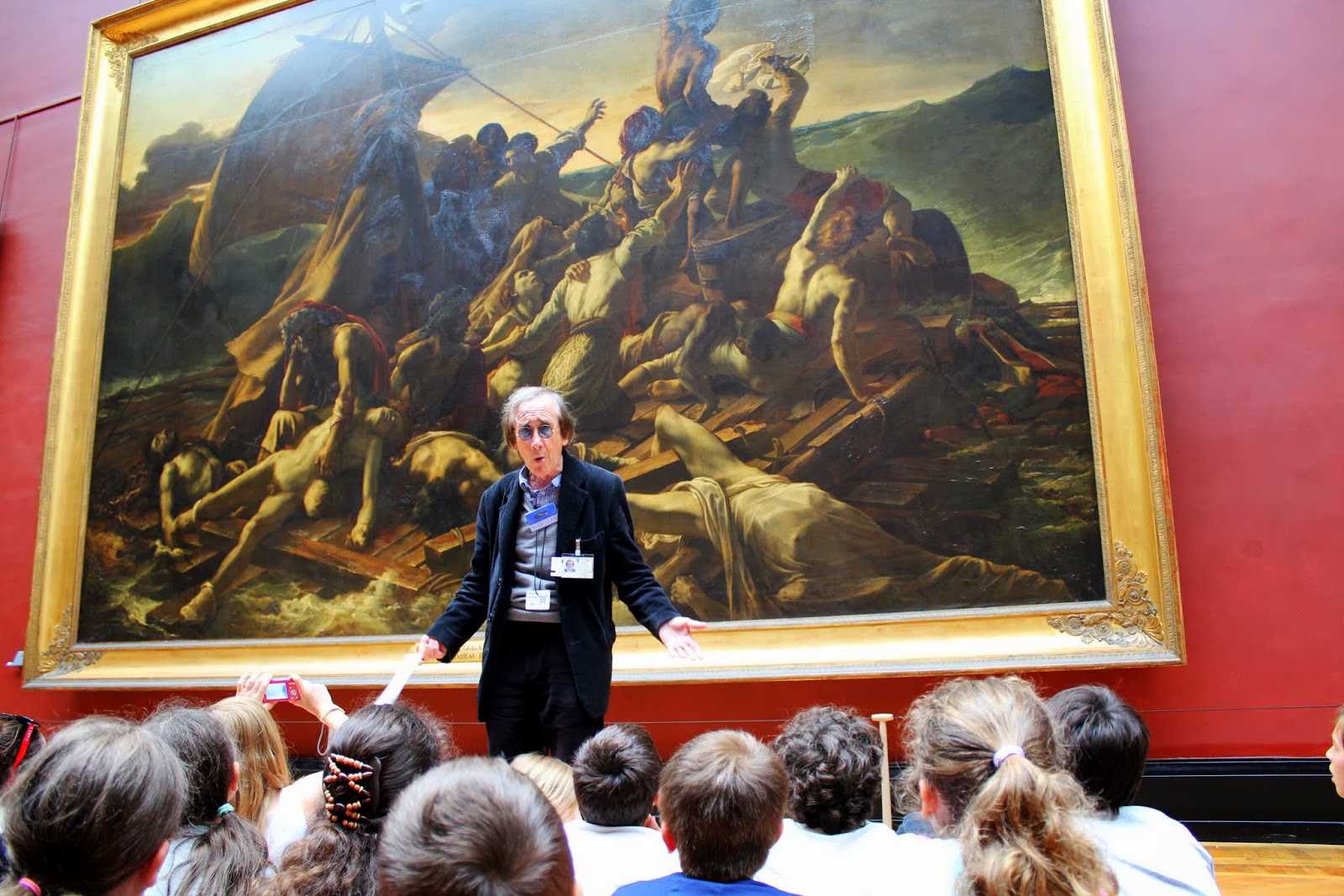 We saw a woman making a replica of a painting. Can you see how amazing she is? 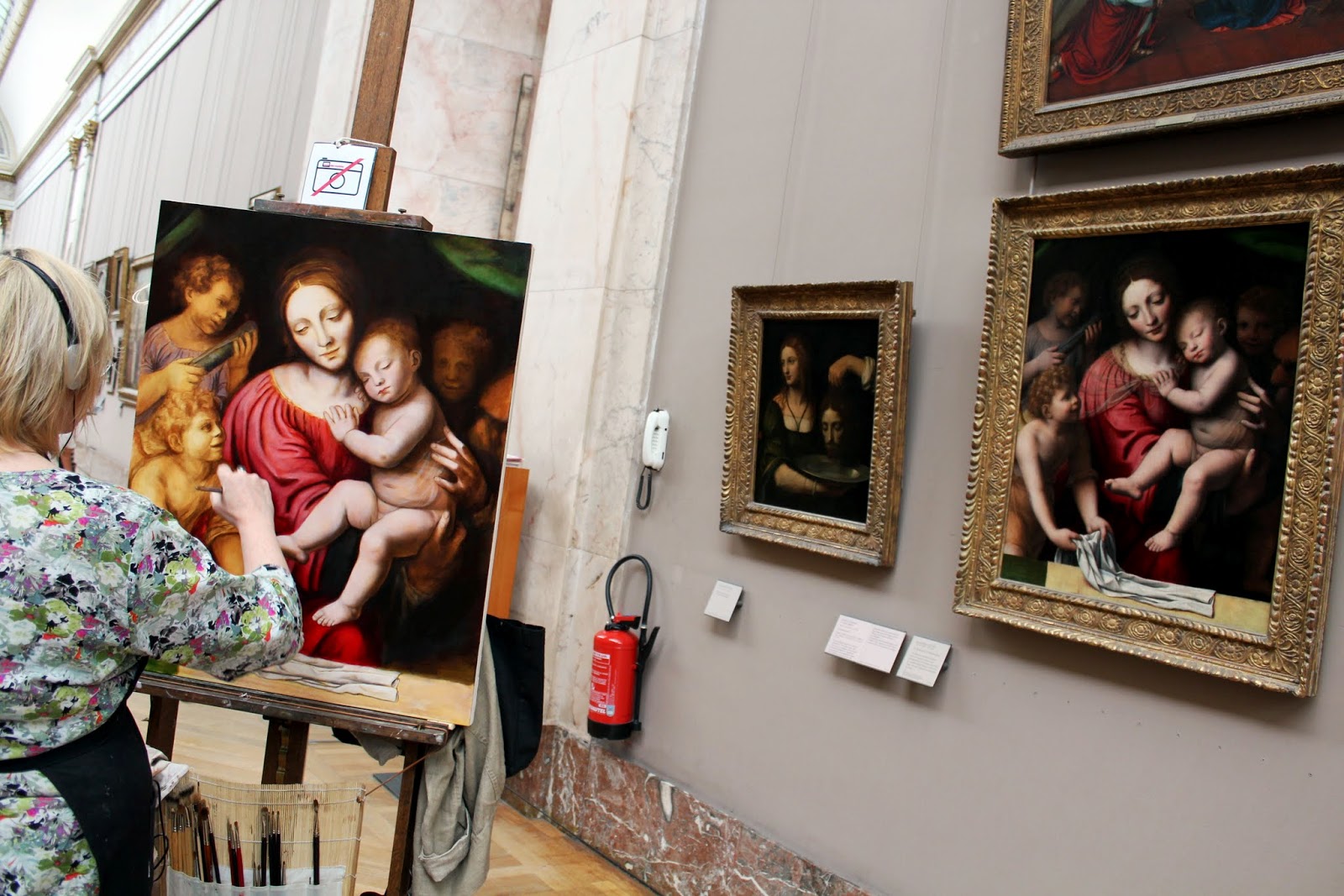 We also saw the  Code of Hammurabi. 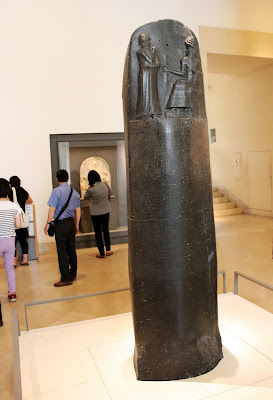 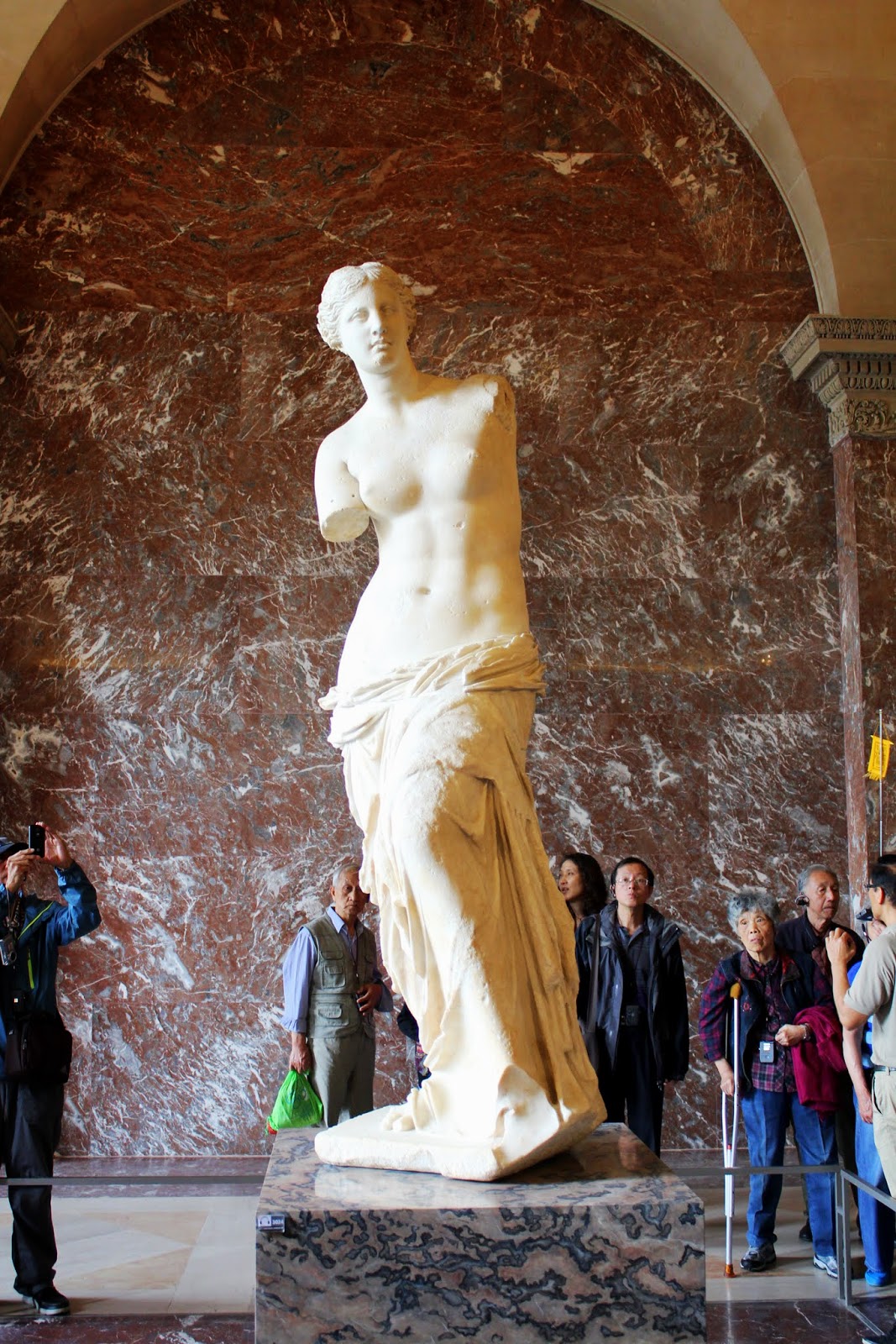 I look so puny besides these artefacts. 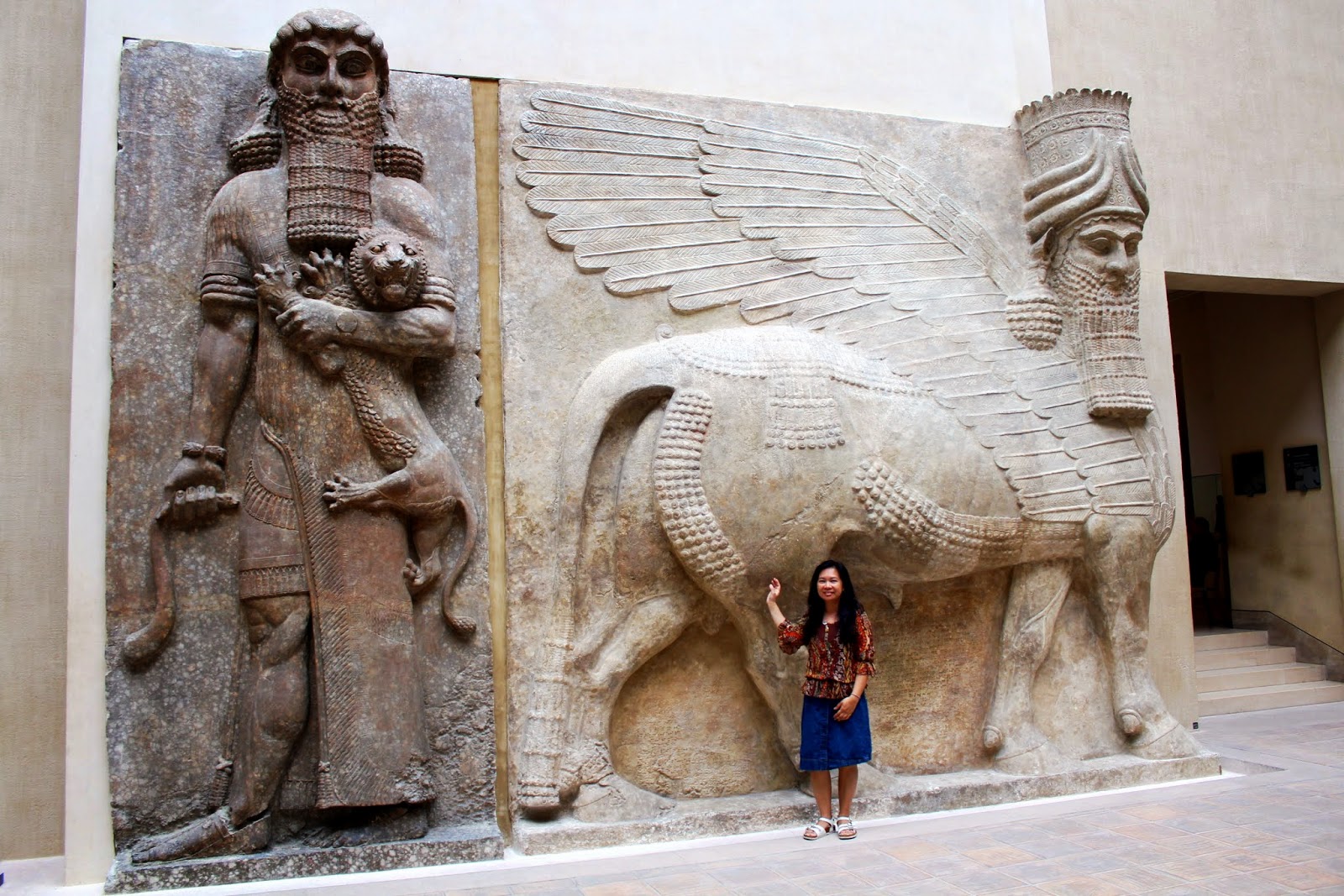 After our morning tour, it was time to head for lunch at Les Ombres. My husband booked this weeks in advance. He chose it because of the very favorable reviews it received and the fact that it has amazing views of the Eiffel Tower. 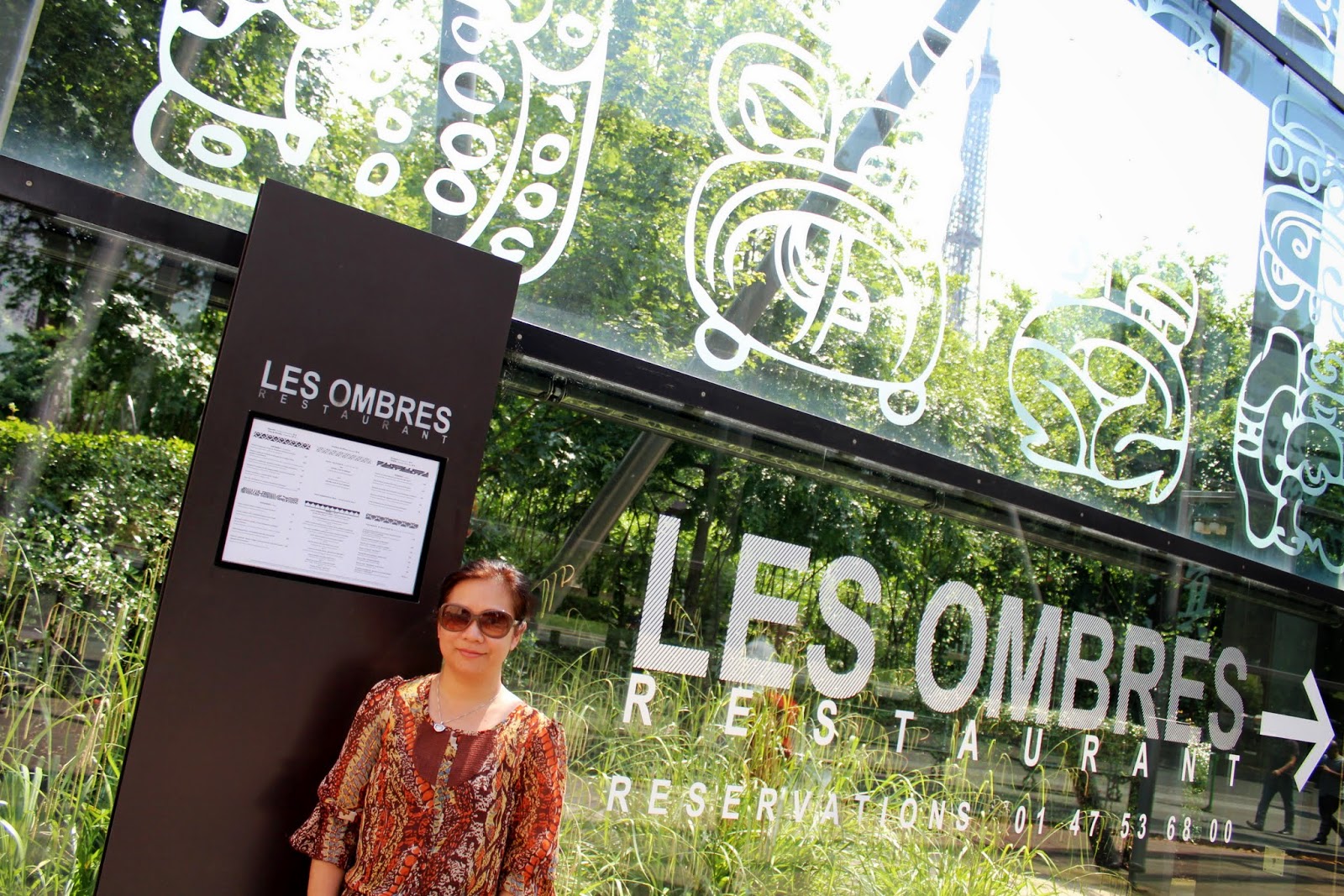 Yes, it didn’t disappoint. It was a beautiful restaurant. 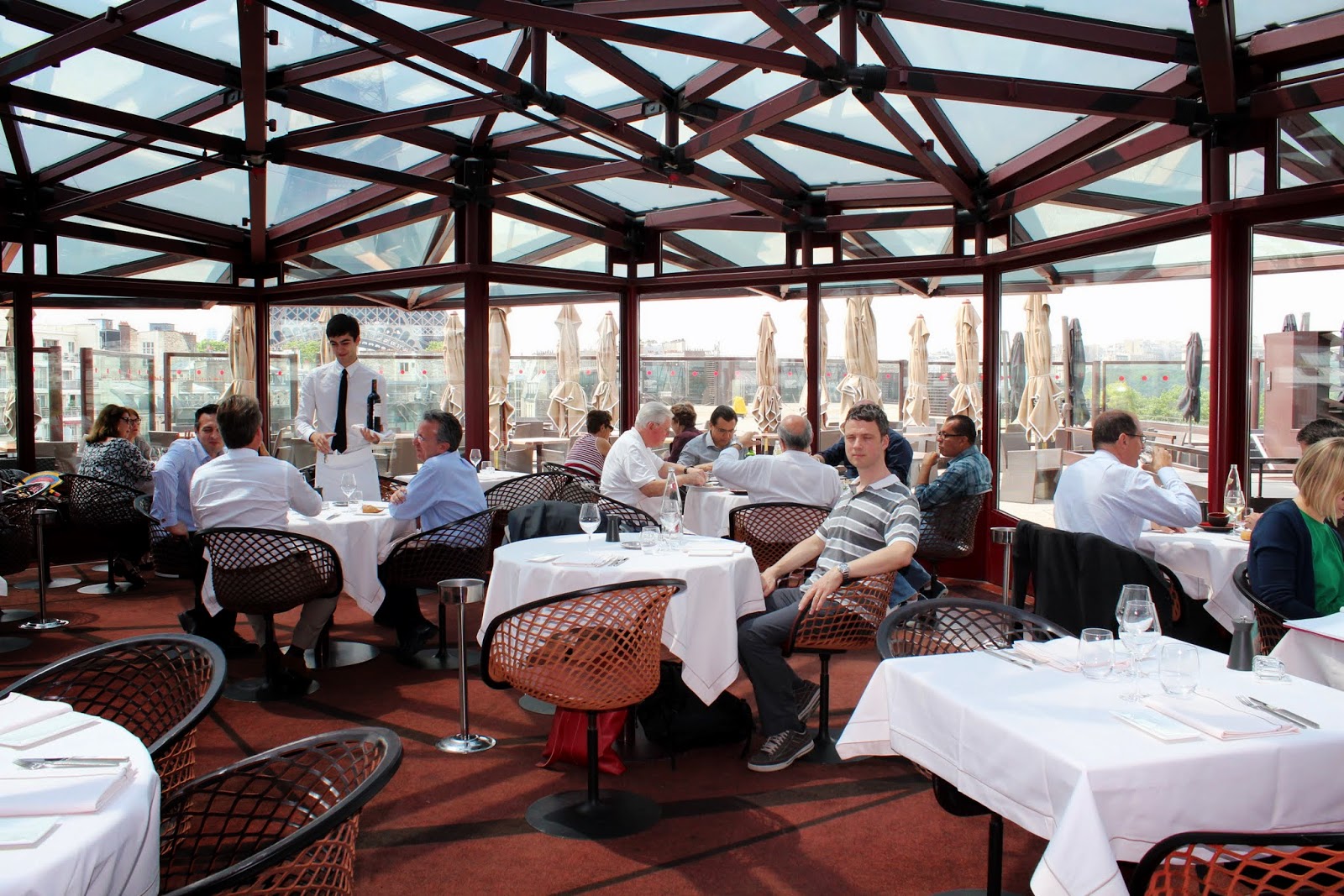 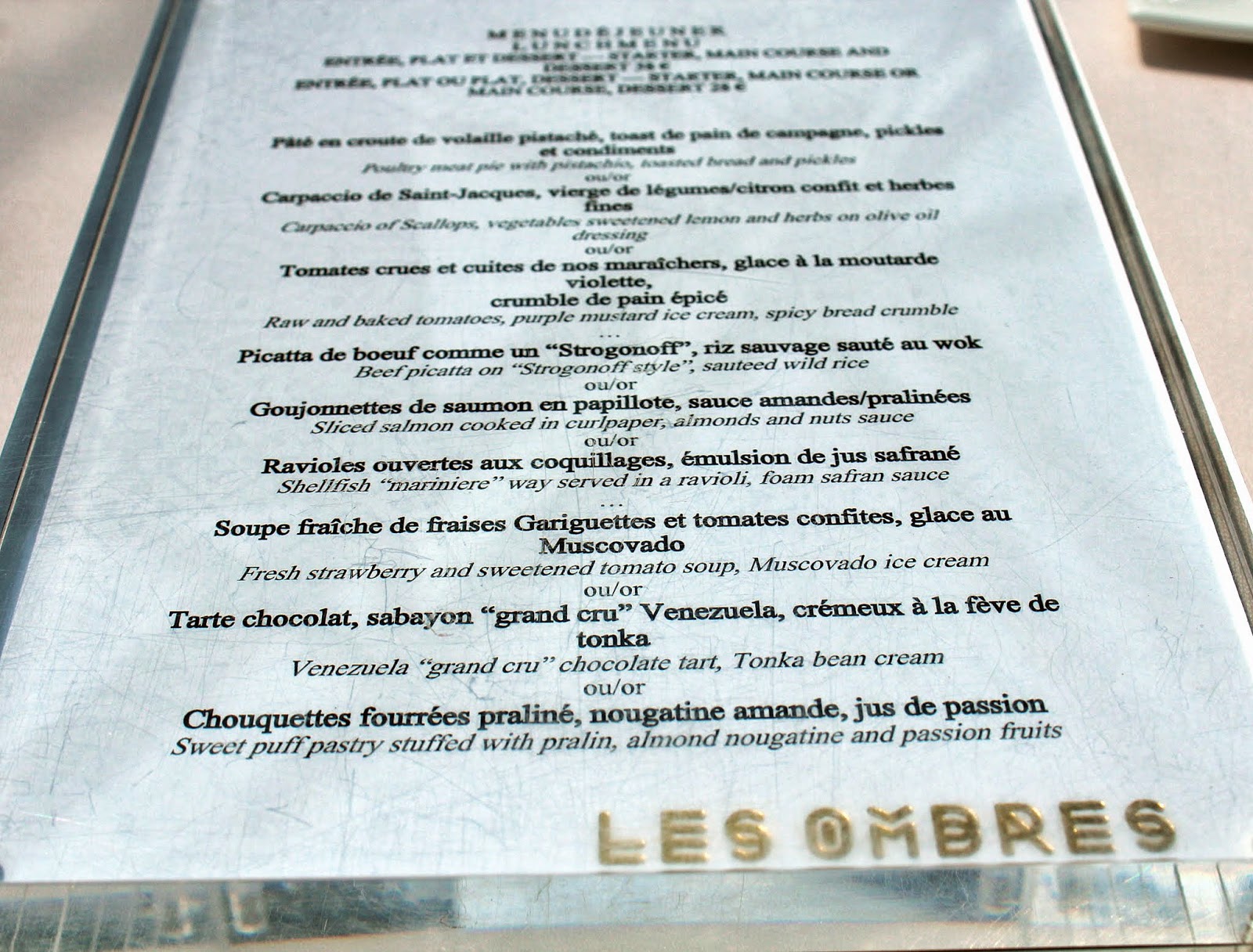 The food was excellent. Truly superb and for Paris, it’s value for money… I would highly recommend this restaurant. The service was also very good. 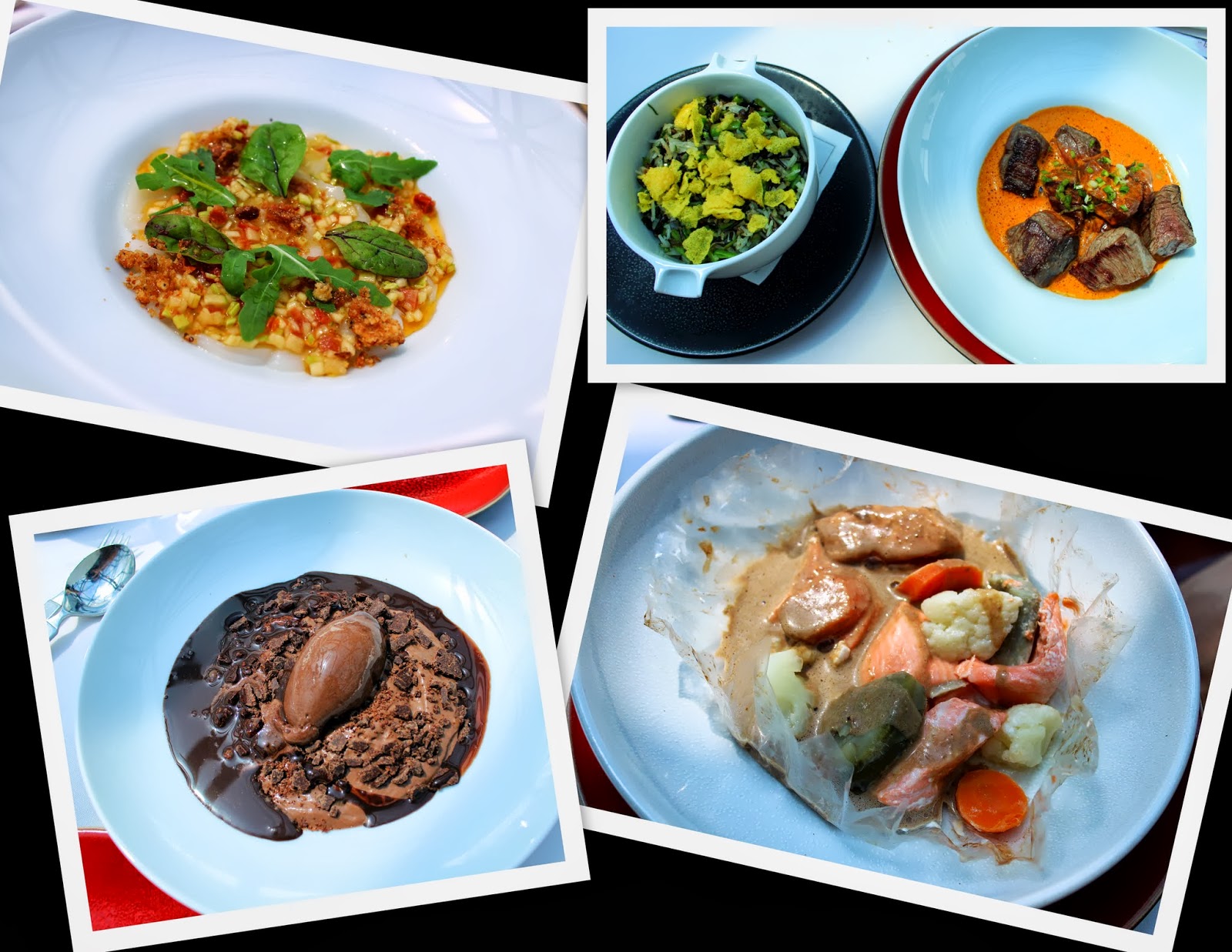 And the view from the restaurant did not disappoint either. 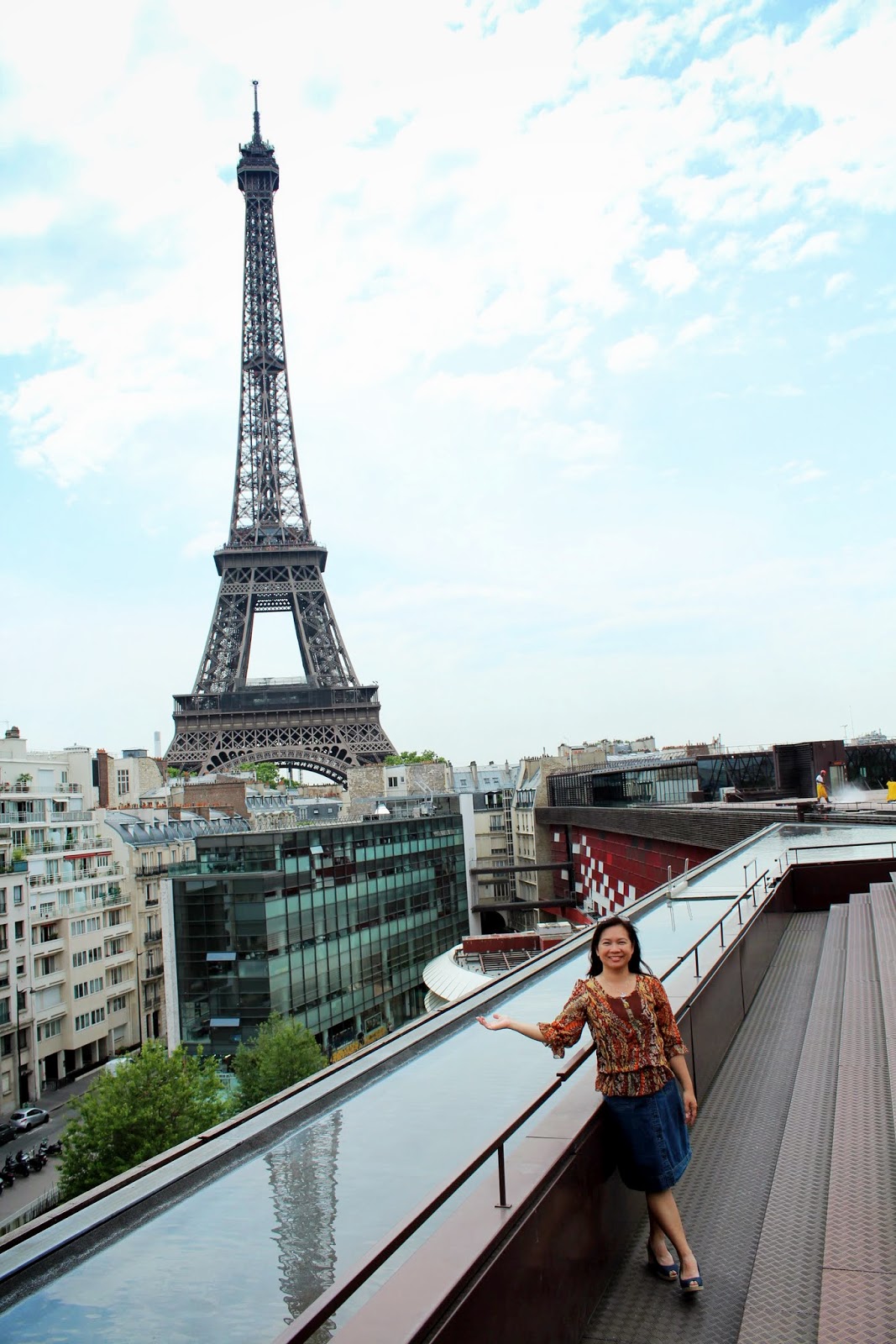 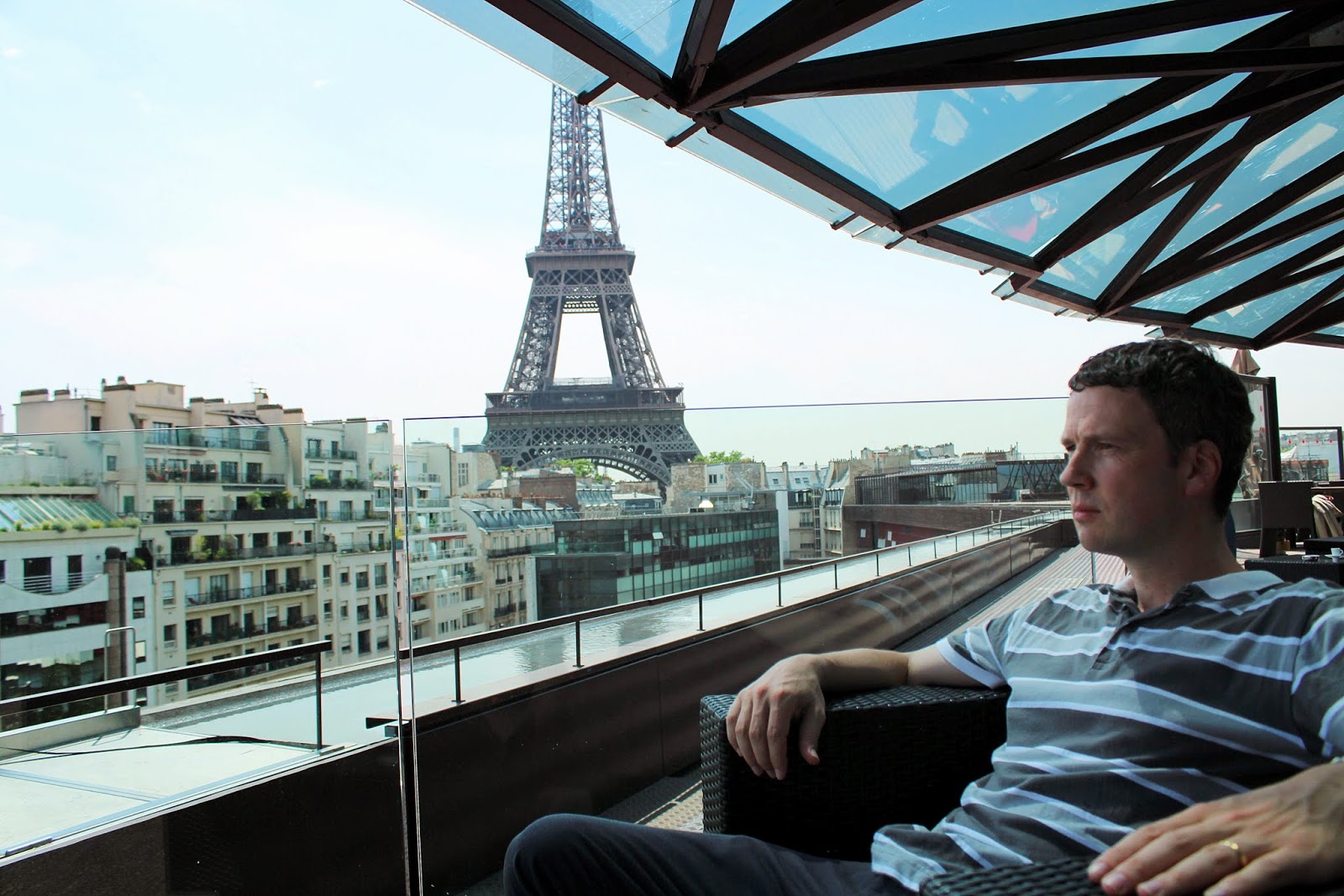 Of course, it’s our 10th Anniversary so we made sure we got our locks for the “Bridge of Love” by the Notre Dame… We didn’t prepare well for this so we only got a red lock – the only available one from the luggage store near our hotel. We later discovered you can buy it from a stall near the bridge and have it engraved too. But your lock would look like everyone else’s, though. Perhaps when we return we can change it to a better lock. 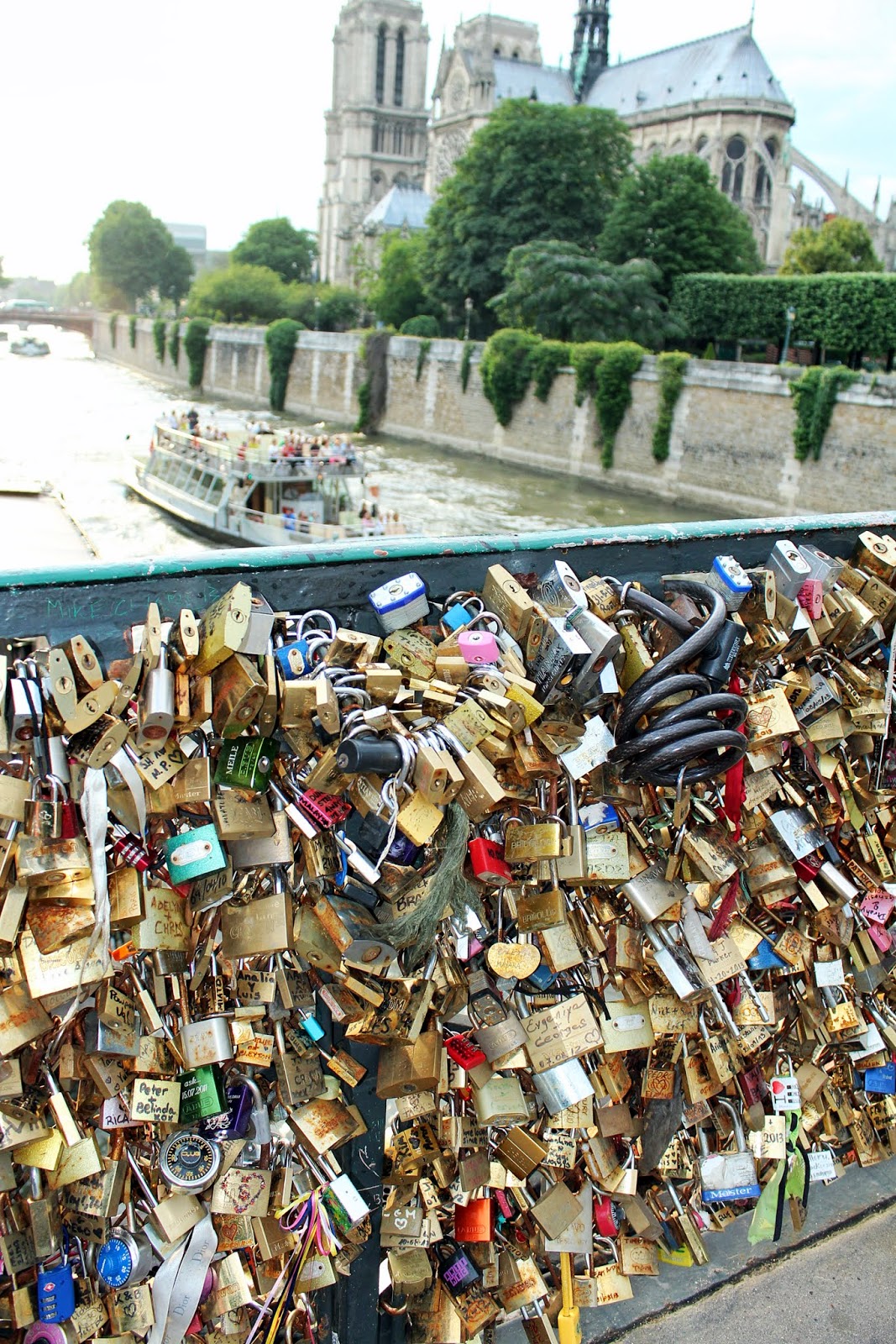 Just a close up of our red lock – the combination one. 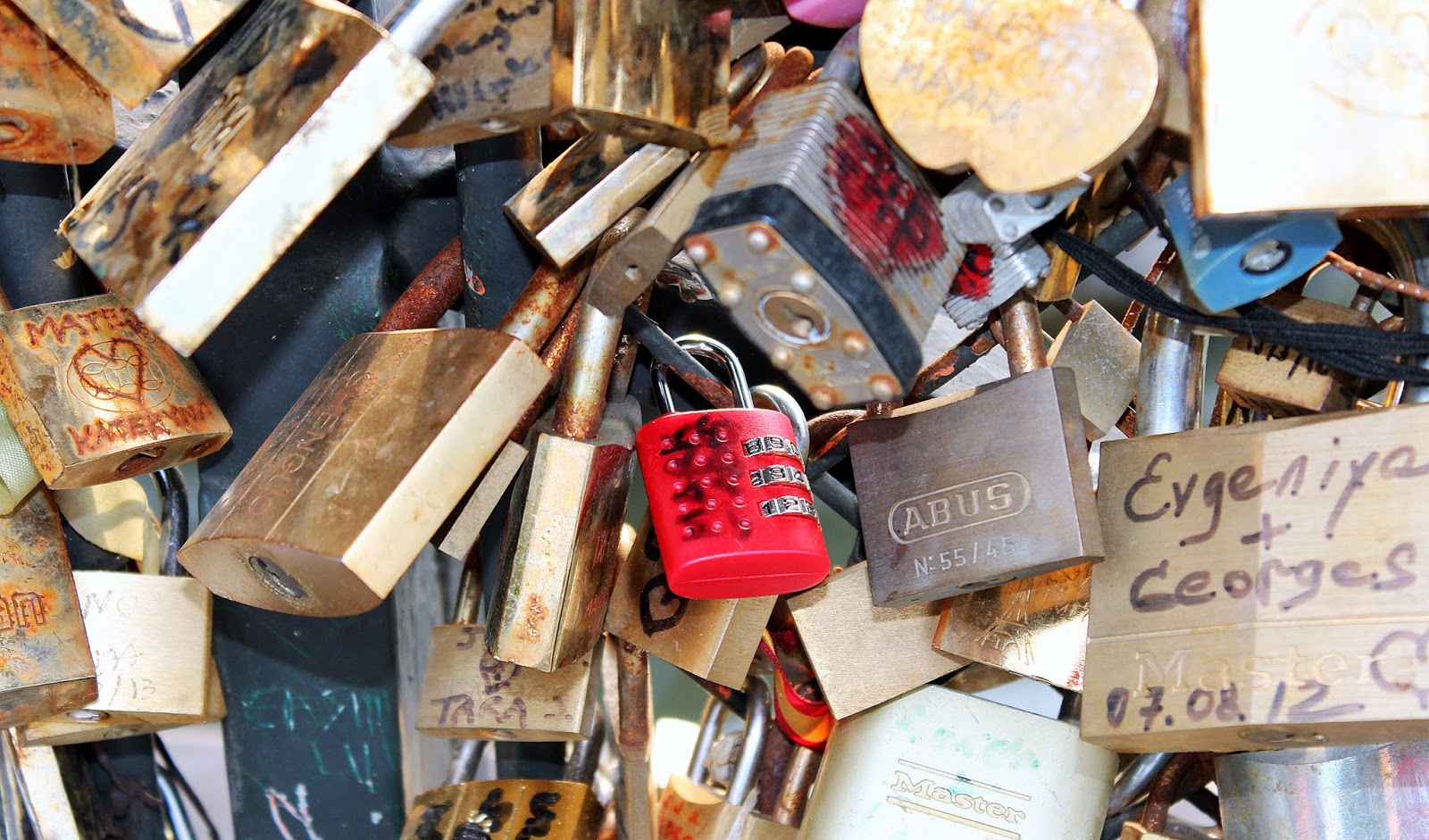 Since it was our last night in Paris – we made sure we made a one last stop at a Café. 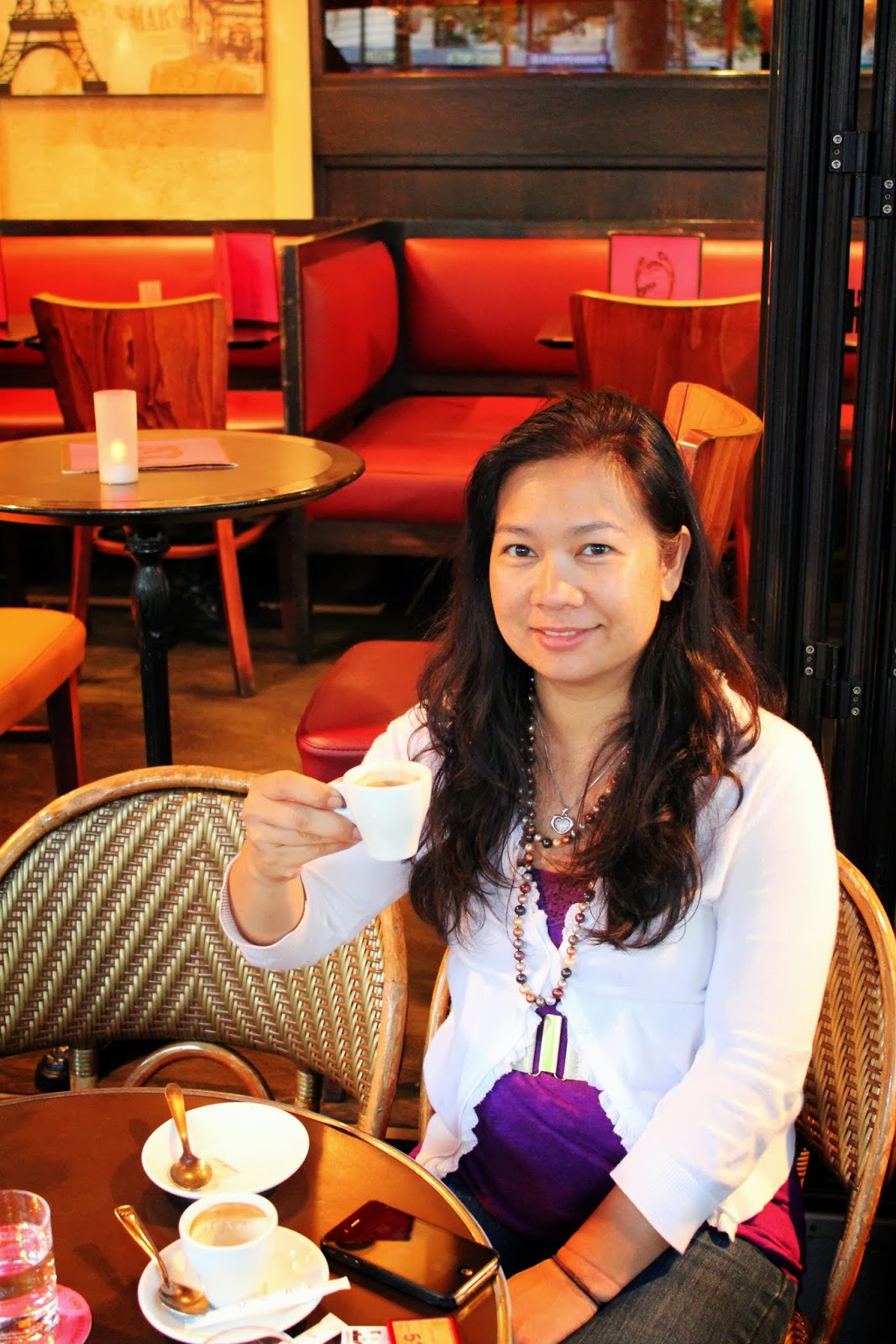 And when we went back, the Patisserie near our hotel was still open so we decided to have one more dessert – Fondant Chocolat – and yes, it was worth all the calories! You only celebrate your 10th Wedding Anniversary once so we had a good excuse! 🙂 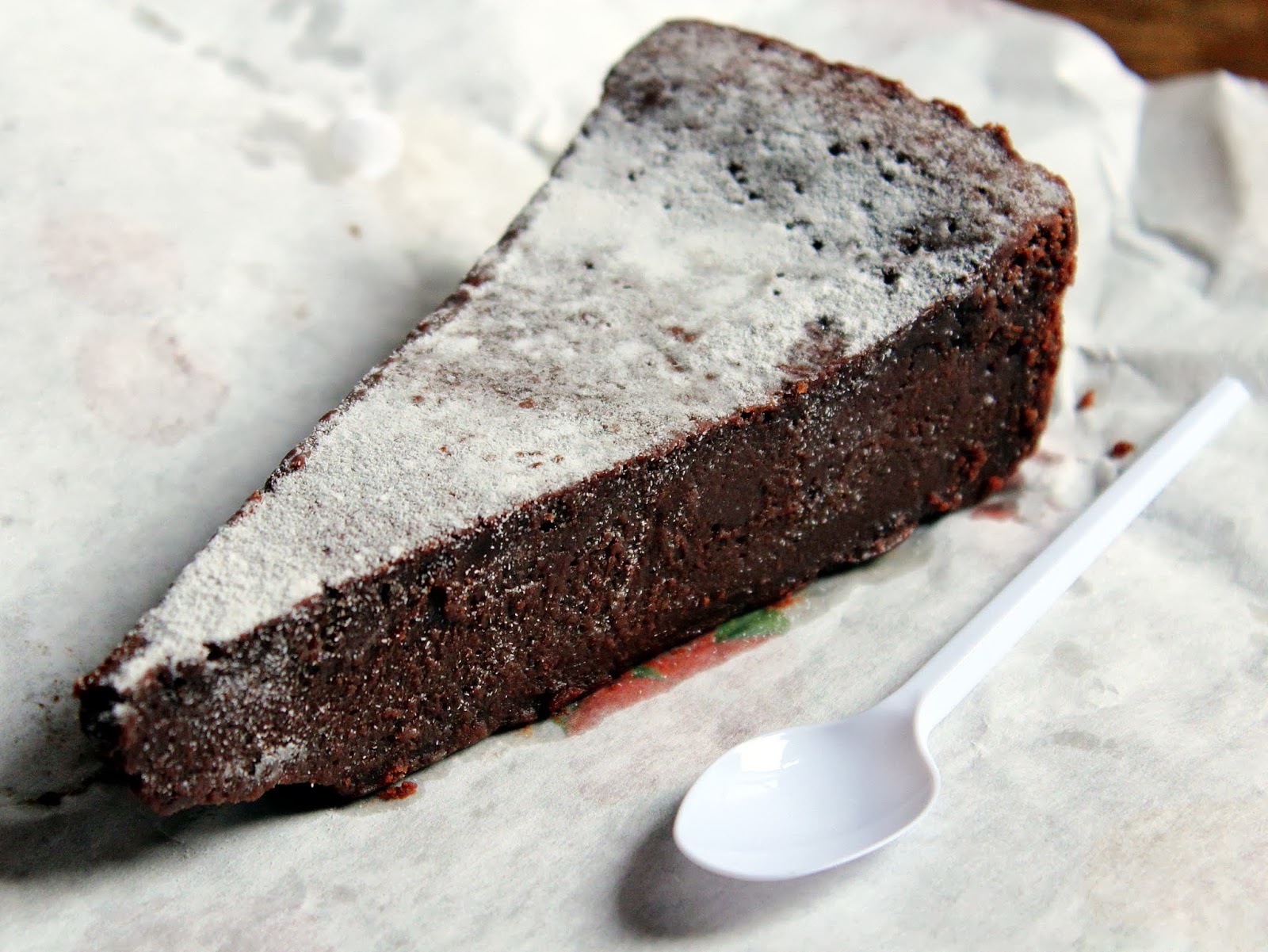 Thanks again dear readers and friends for your kind indulgence.  Abby﻿