For my family, this is hands-down the most delicious Banana Pudding! Best of all, this Magnolia Bakery’s famous banana pudding is super easy to make and can als0 be made ahead! Just mix then layer the pudding with vanilla wafer cookies and bananas and you have one fantastic-tasting dessert that everyone will rave about! 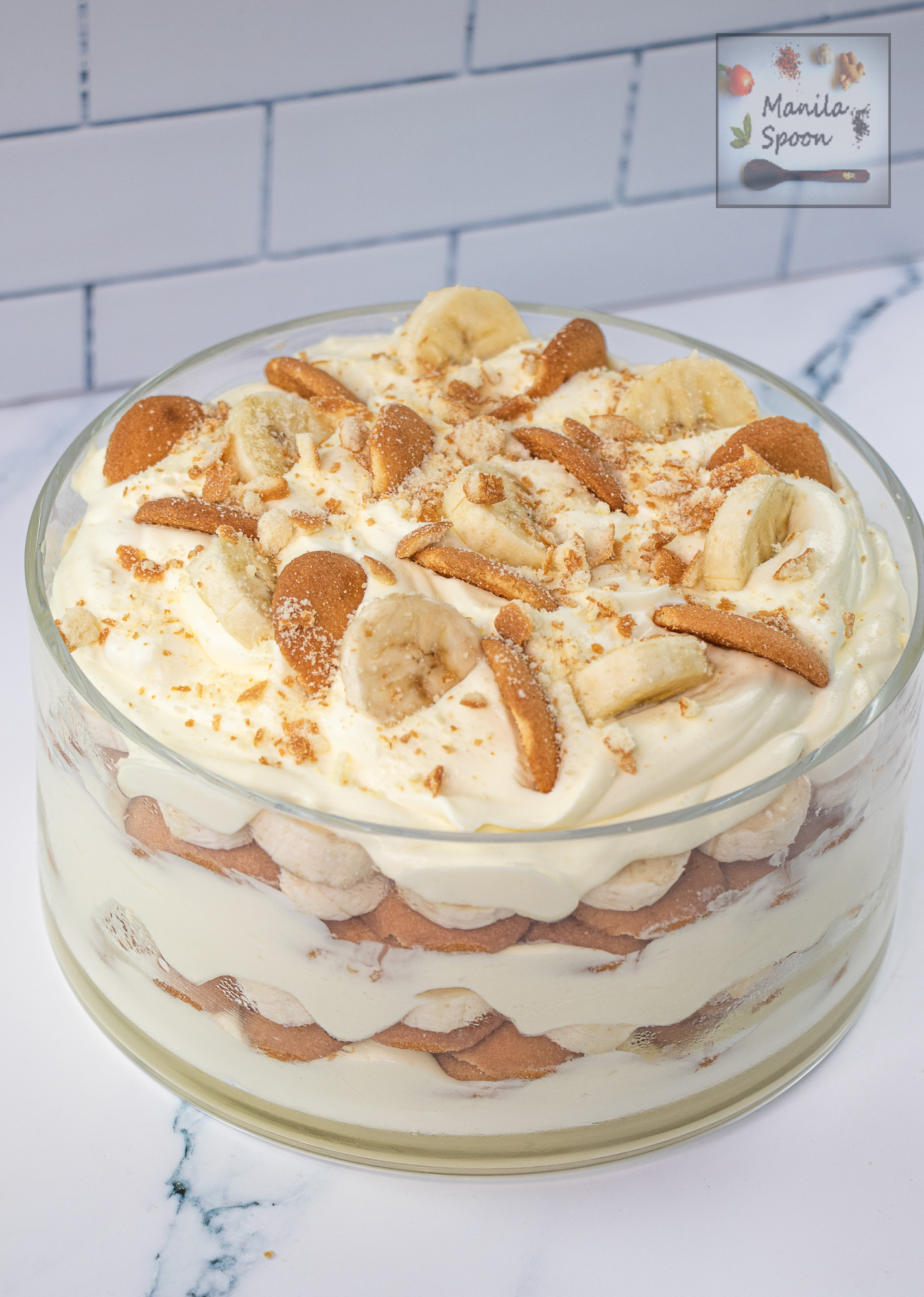 We live about 78 miles away from New York City. If you’re an American, that’s not too far at all. Time-wise and assuming there’s not too much traffic, that’s only about 1 1/2 hours by car.

In fact, there was a time when we managed to reach Manhattan in exactly 1 hour! No we didn’t disobey traffic rules and went over the speed limit – in fact we carried on as usual?  Guess what, it was even in the middle of winter! 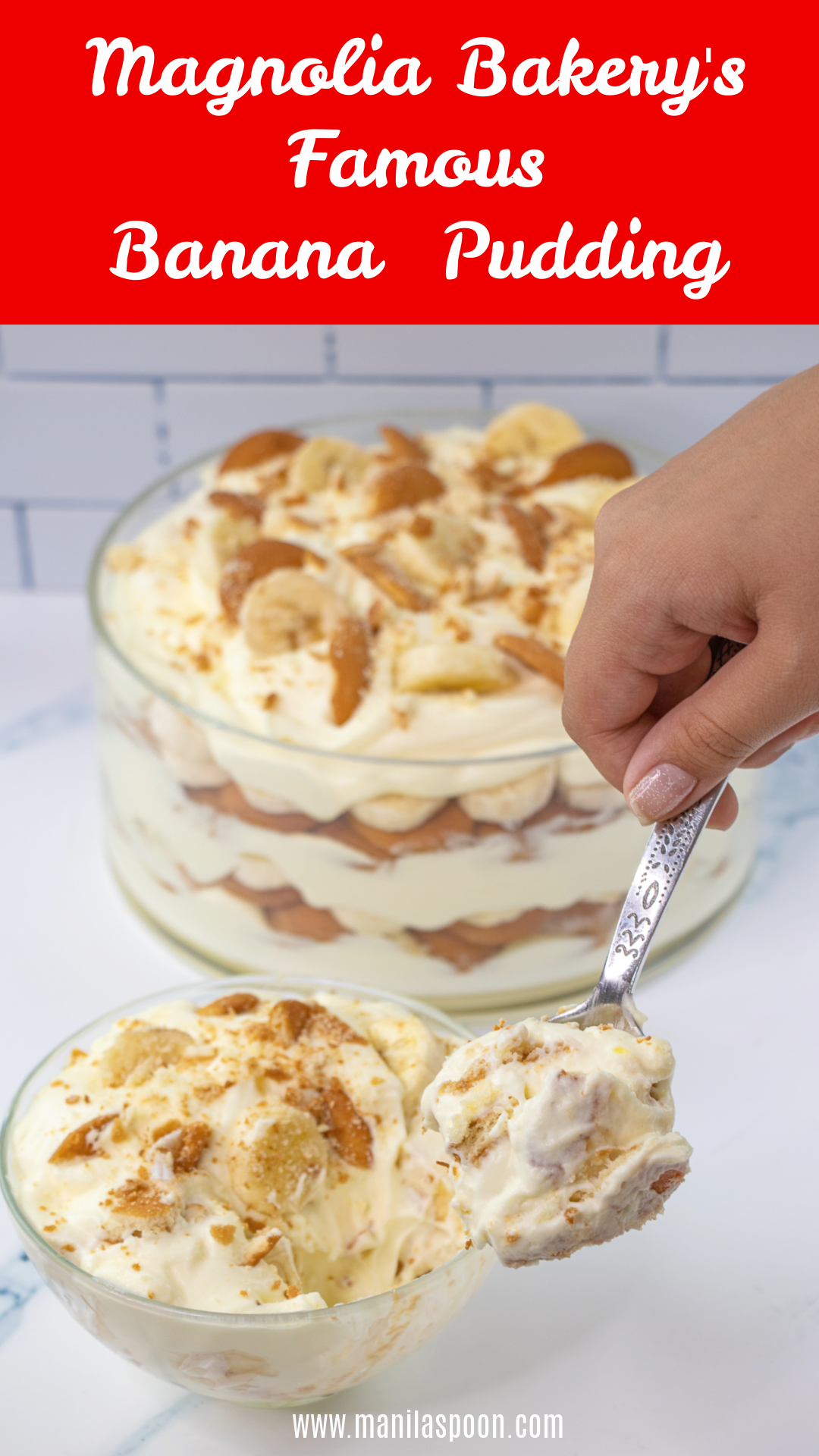 Do you know why we managed to do so? Well, because the weather forecasters got the weather prediction totally wrong that day! 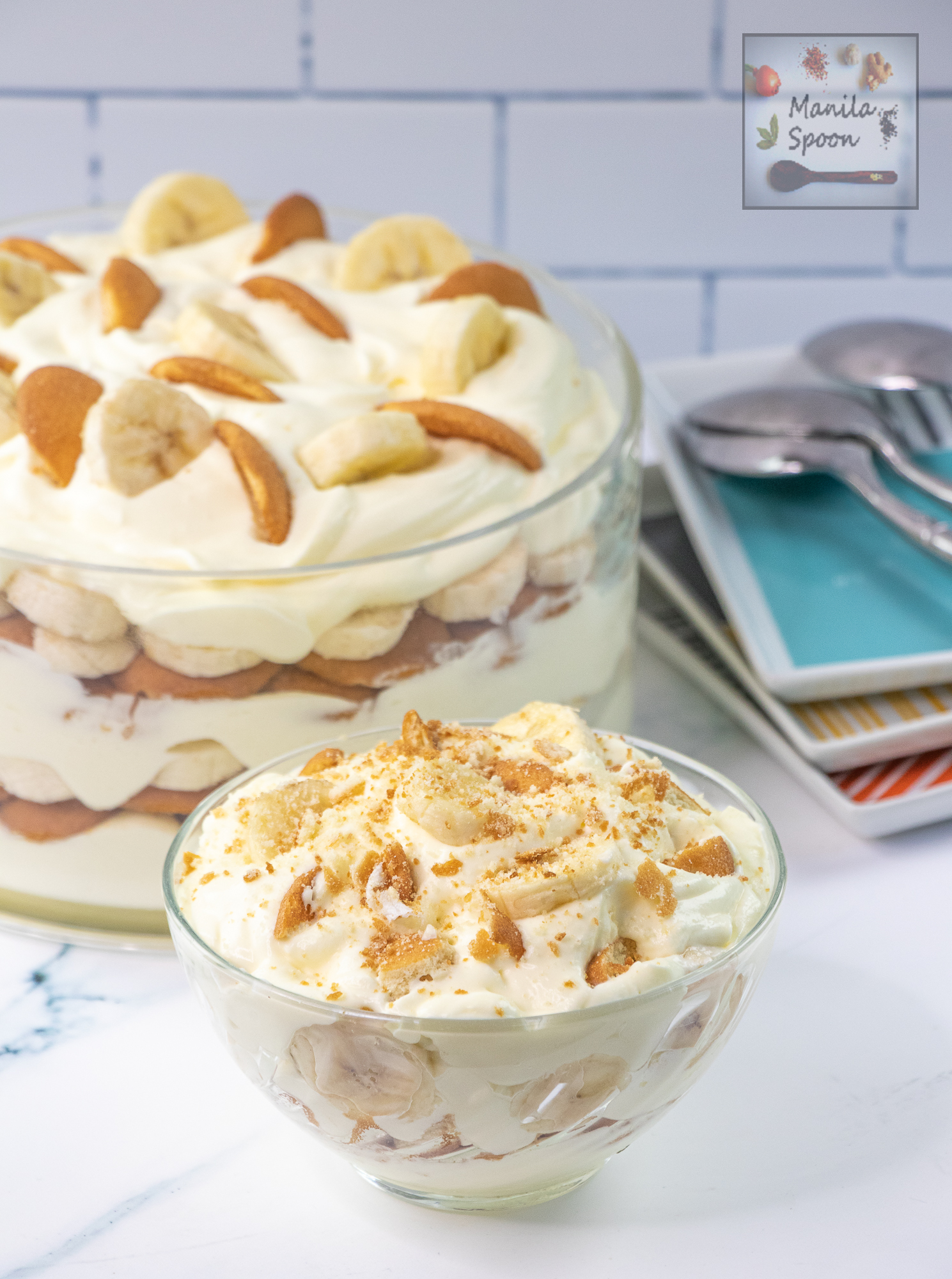 They forecasted that there would be tons of snow over that weekend and advised everyone to stay at home. Saturday and Sunday came and not a single drop of snow came! Can you believe that? So off we went to New York that Sunday and since we were pretty much the only ones on the road – there was zero traffic and we arrived in Manhattan in one hour!

Now, that is one for the record books! 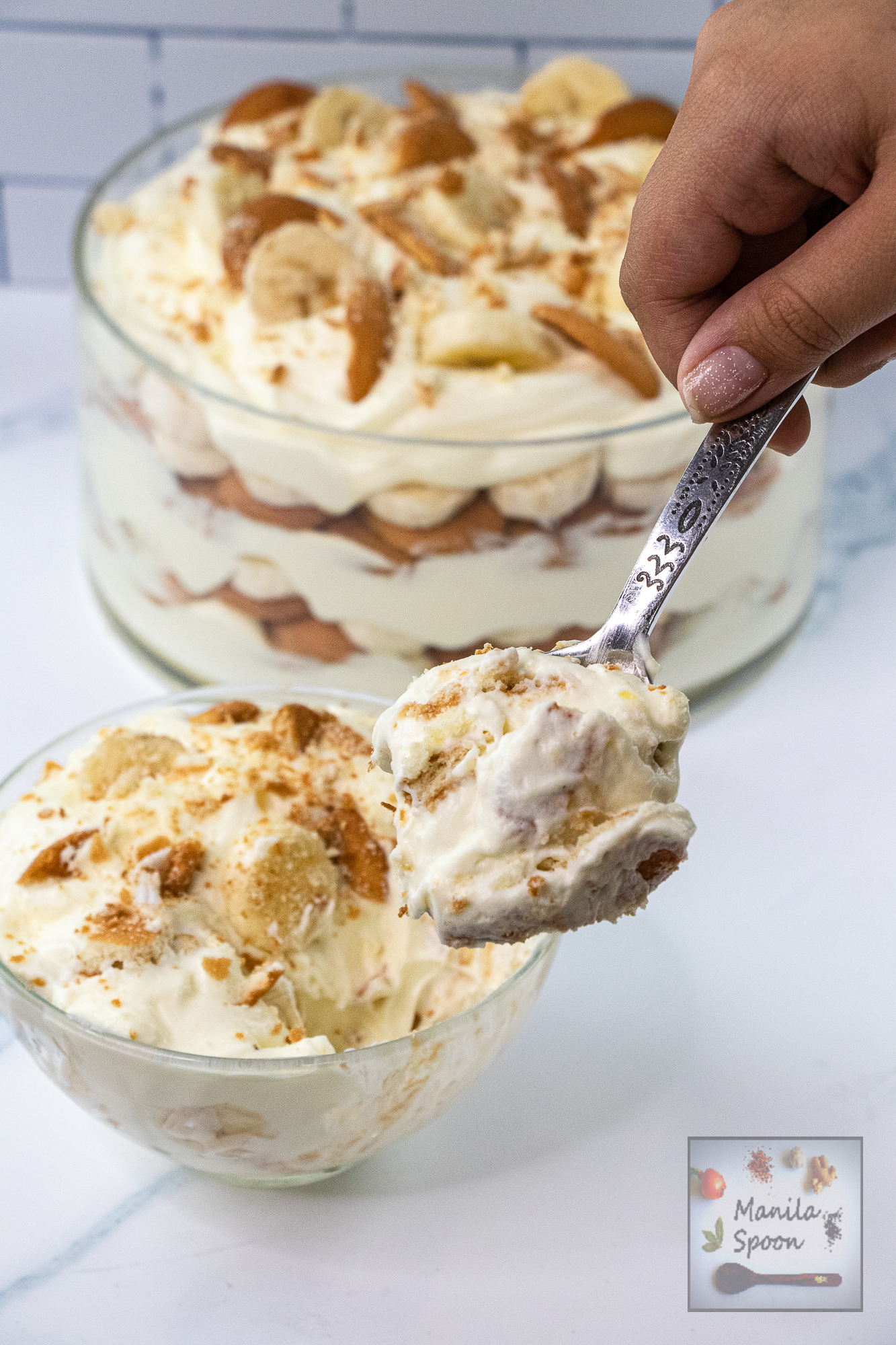 Anyway, let me get back to the topic of this post.

Since we’re often in New York City it was inevitable that we got acquainted with the world-famous Magnolia Bakery. Yes, it’s so popular that they even have a branch in my own city – Manila (technically outside Manila in Taguig City but that is part of Metro Manila anyway!).

The iconic product that they are famous for is their banana pudding! People from around the world wait in line for this creamy and delicious dessert!

I know because we once lined for nearly an hour for this. I initially thought, what’s the big fuss here? 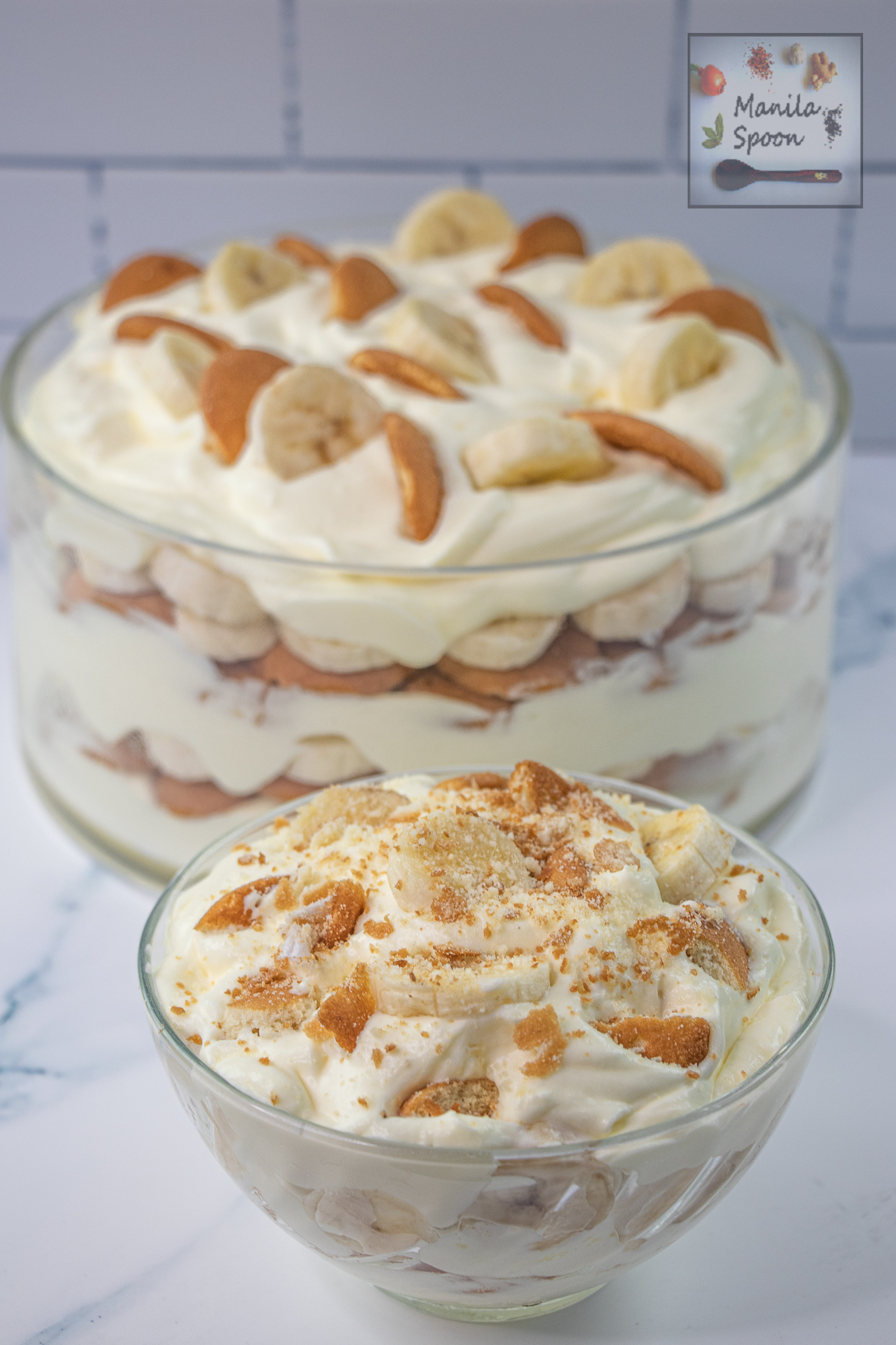 Then I finally got to taste this totally scrumptious pudding and my tastebuds were blown away! Ever since that day, my family and I, whenever we’re in New York, we never fail to get a tub or two of this magnificent and famous – Magnolia Bakery’s Banana Pudding!

I googled the recipe and boy was I glad that they actually have shared their yummy Magnolia Bakery’s Banana Pudding publicly!

And now, I share it with you so you can enjoy it anytime you crave a fluffy, delicious and oh-s0-creamy banana pudding! Enjoy! 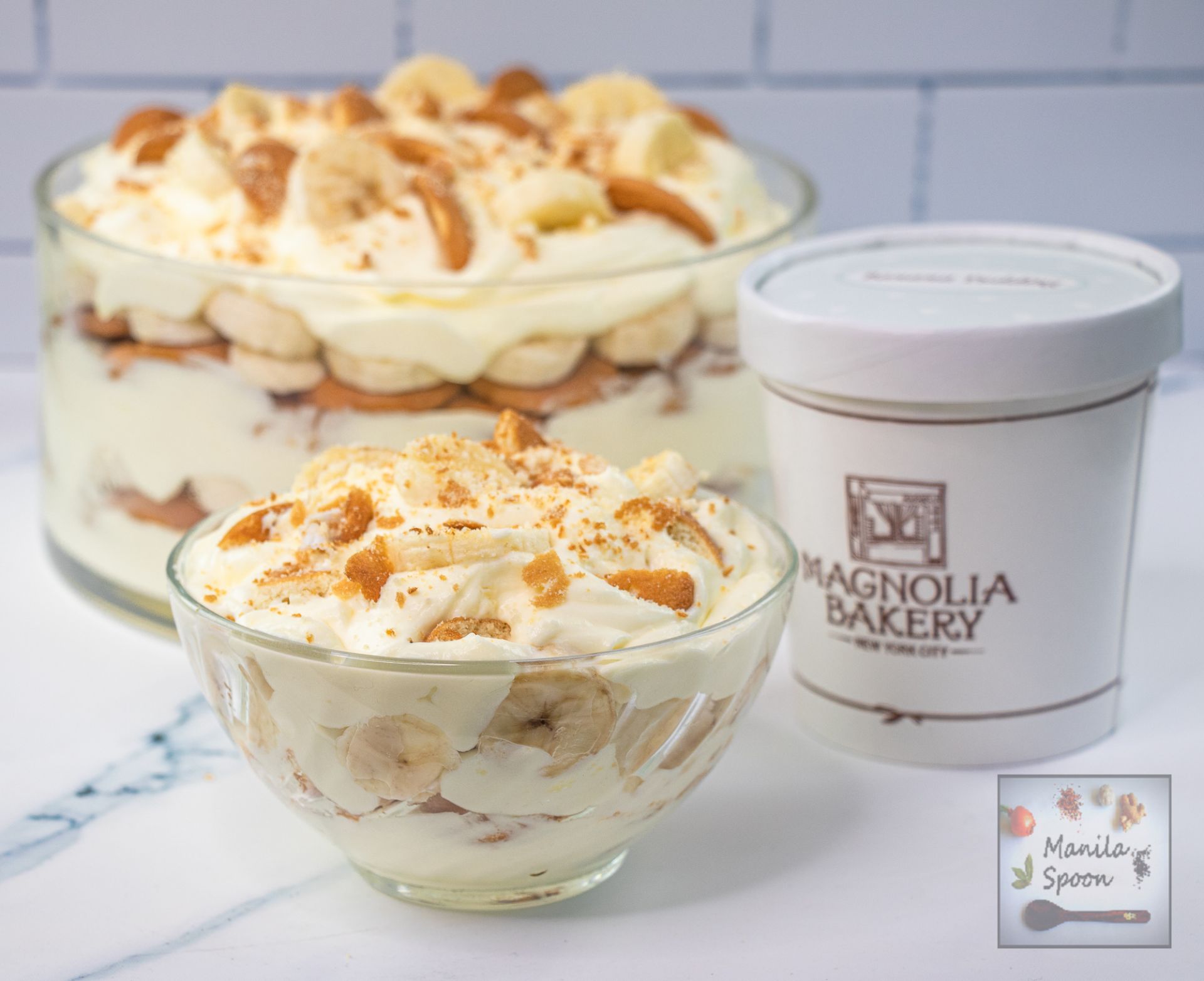 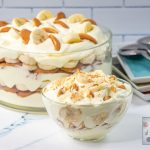 For my family, this is hands-down the most delicious Banana Pudding! Best of all, this Magnolia Bakery's famous banana pudding is super easy to make and can als0 be made ahead! Just mix then layer the pudding with vanilla wafer cookies and bananas and you have one fantastic-tasting dessert that everyone will rave about!