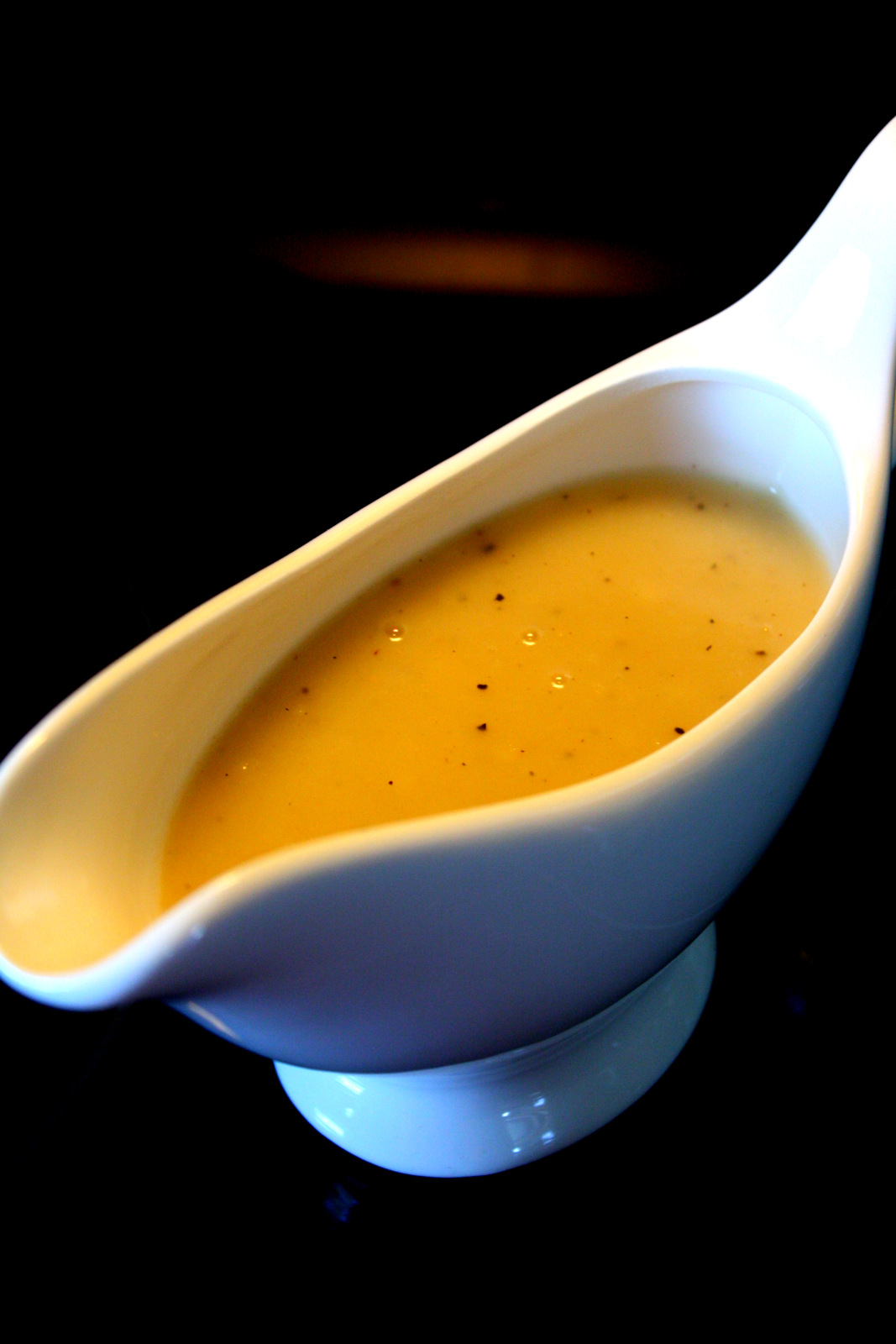 A velouté sauce, pronounced [və.lu.te], along with Tomato, Hollandaise, Béchamel, and Espagnole, is one of the sauces of French cuisine that were designated the five “mother sauces” by Auguste Escoffier in the 19th century, which was a simplification of the “Sauce Carême” list of Marie-Antoine Carême. The term velouté is from the French adjectival form of velour, meaning velvety.

In preparing a velouté sauce, a light stock (one in which the bones used have not been previously roasted), such as chicken, veal or fish stock, is thickened with a blond roux. Thus the ingredients of a velouté are equal parts by mass butter and flour to form the roux, a light chicken, veal, or fish stock, and salt and pepper for seasoning. Commonly the sauce produced will be referred to by the type of stock used e.g. chicken velouté. (Source: Wikipedia)

Velouté sauce is often served on poultry or seafood dishes, and is used as the base for other sauces. It is basically a gravy.

Melt the butter in a medium saucepan. 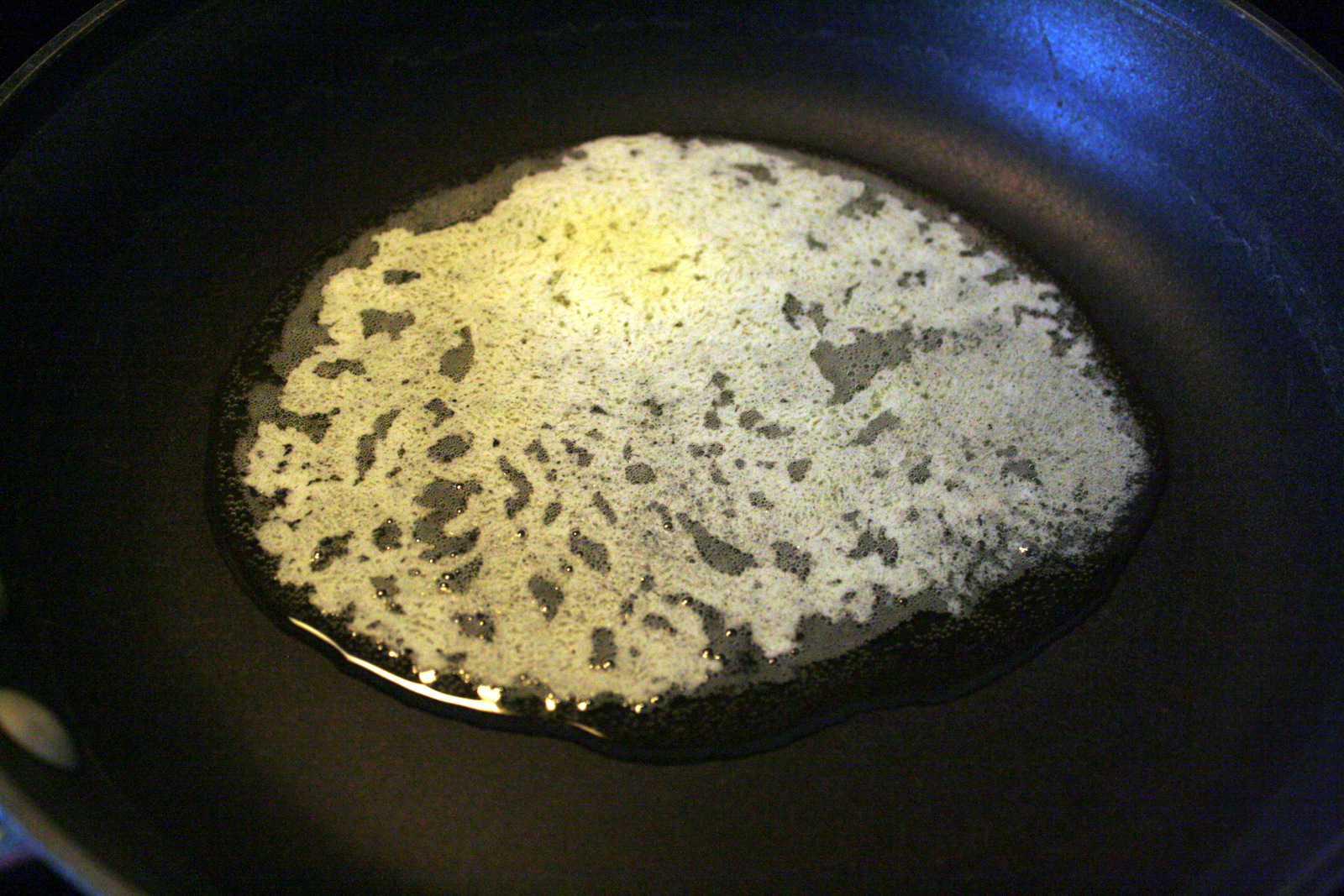 Stir in the flour and cook by stirring for about 1 minute or until the  butter and the flour are incorporated/mixed. 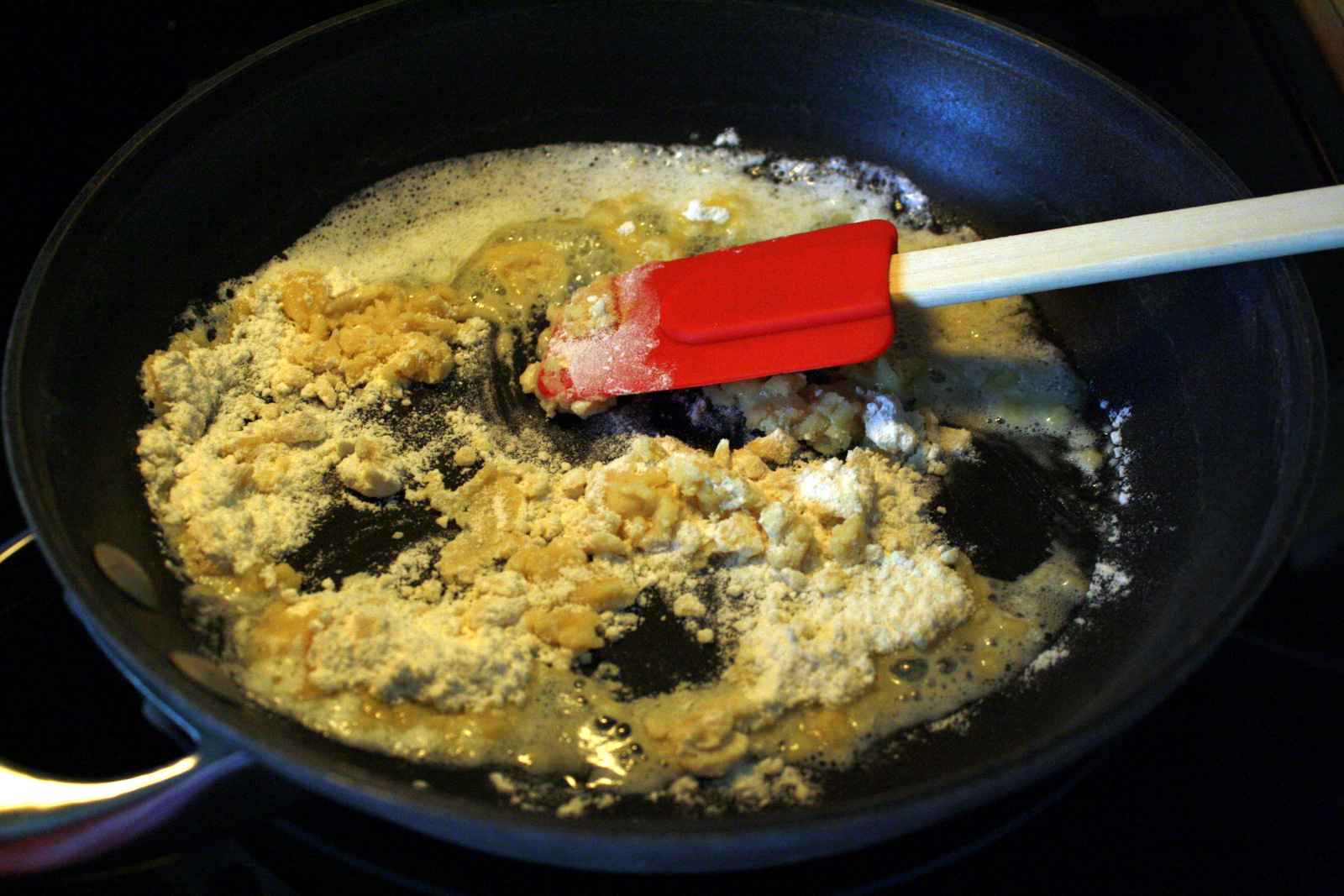 Gradually, stir in the stock. 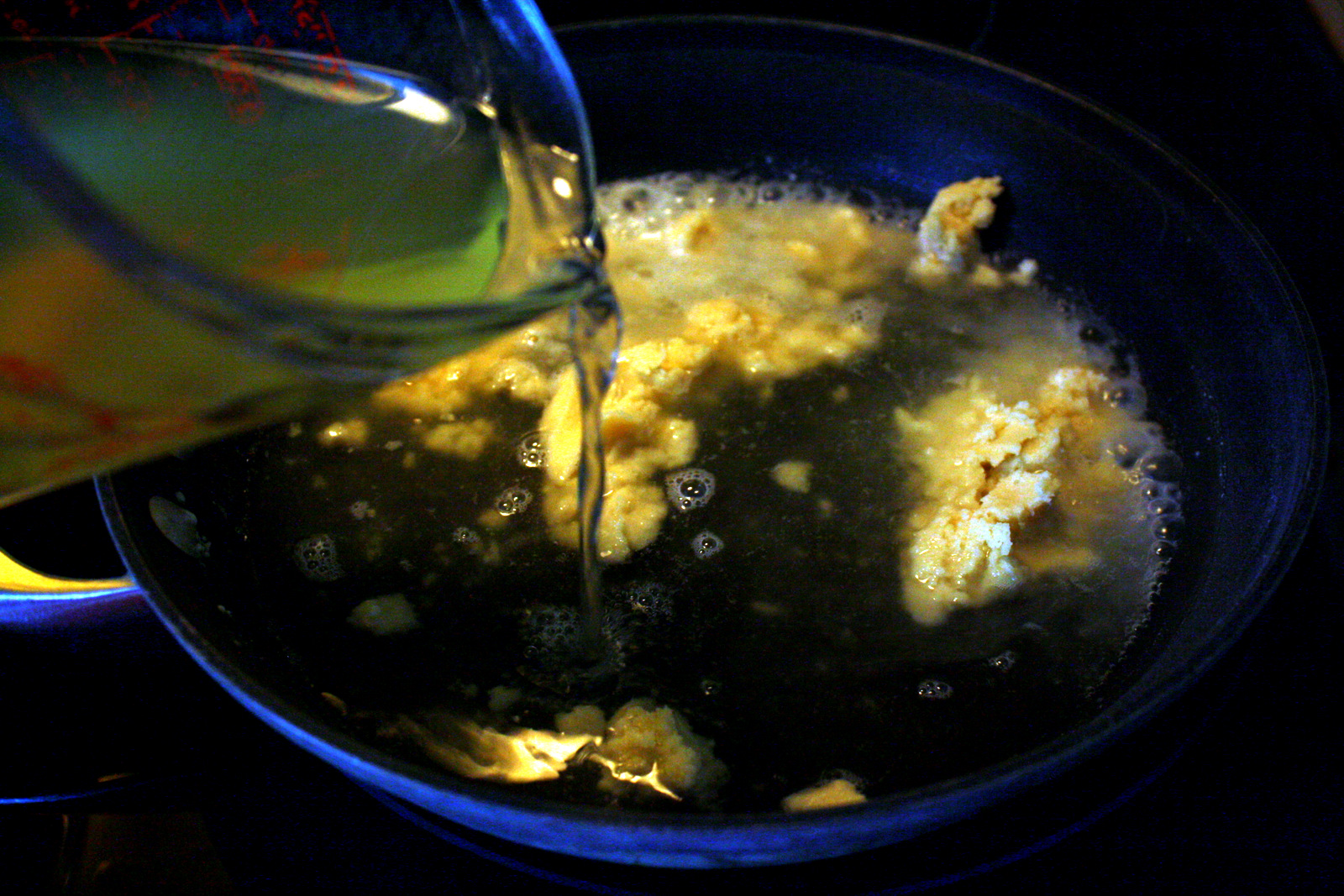 Add salt and pepper. Continue to stir until all ingredients are fully mixed in. Bring to a boil and simmer for 2 minutes or until it has reached a good consistency. 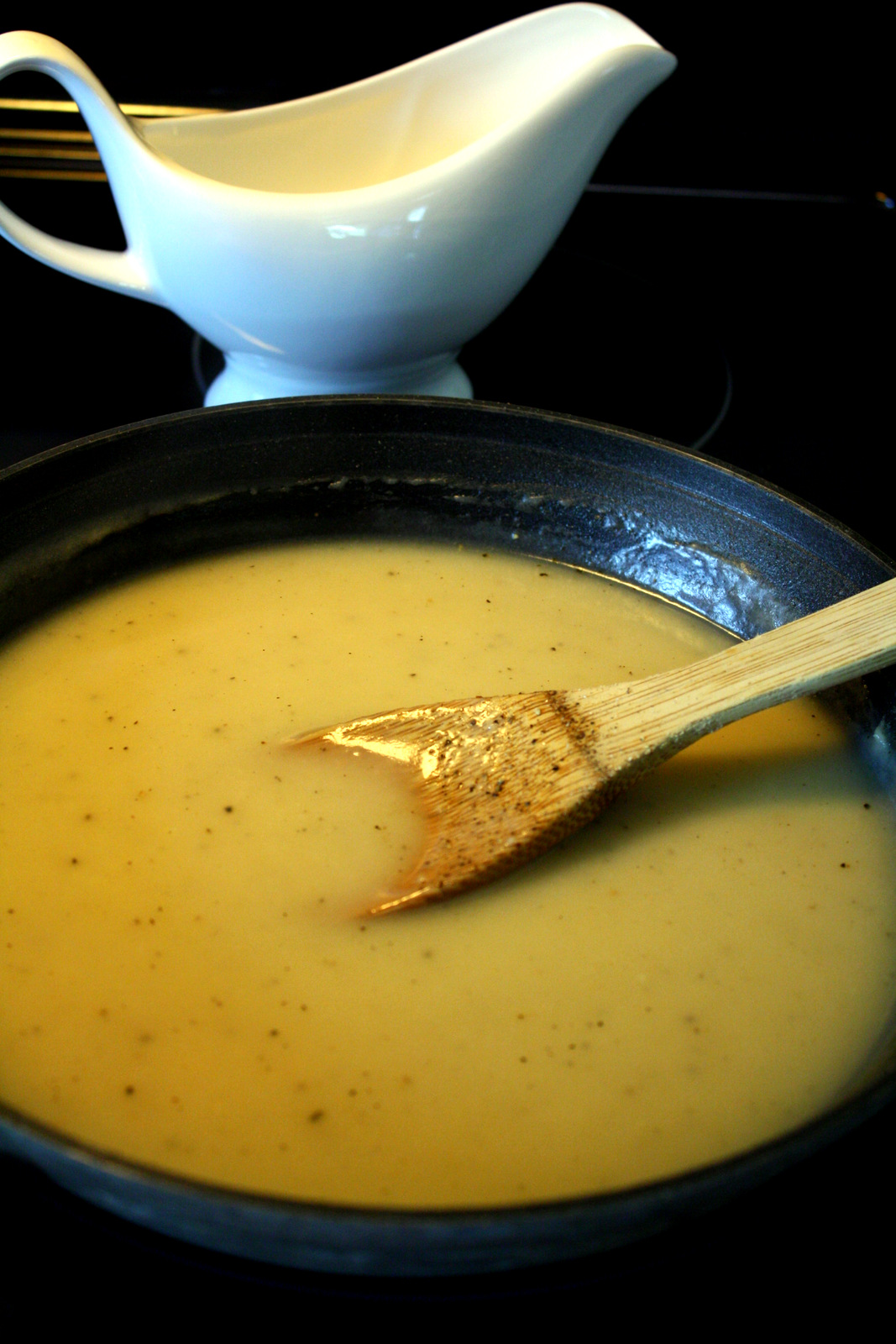